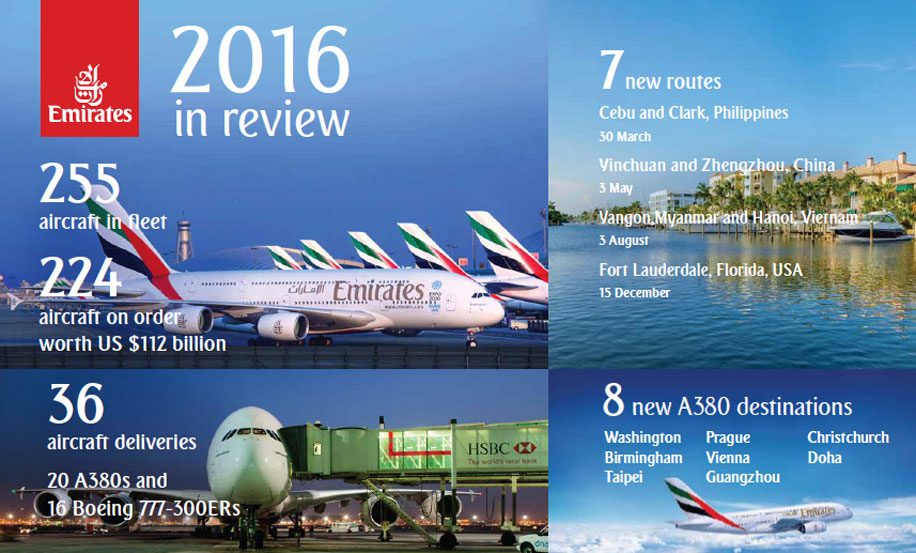 Emirates has published an infographic review of 2016, highlighting the carrier’s achievements including aircraft deliveries, new routes, and new A380 destinations.

The airline said it carried a total of 55 million passengers on 194,000 flights last year, with its aircraft flying a distance equal to 20,561 times around the globe.

A total of seven new passenger routes were launched last year, to Cebu and Clark in the Philippines, Yinchuan and Zhengzhou in China, Yangon in Myanmar, Hanoi in Vietnam, and Fort Lauderdale in the US.

It’s not all good news though – the airline recently delayed delivery of six A380s to 2017, with a further six postponed until 2018. And net profits for the first half of 2016-17 financial year were down 75 per cent, with the carrier’s performance impacted by a strong US dollar, increased competition, and “sustained economic and political uncertainty in many parts of the world”.

Looking ahead, Emirates has started to take delivery of new B777-300ER aircraft featuring its new business class seat, and the carrier looks increasingly likely to launch a premium economy offering. 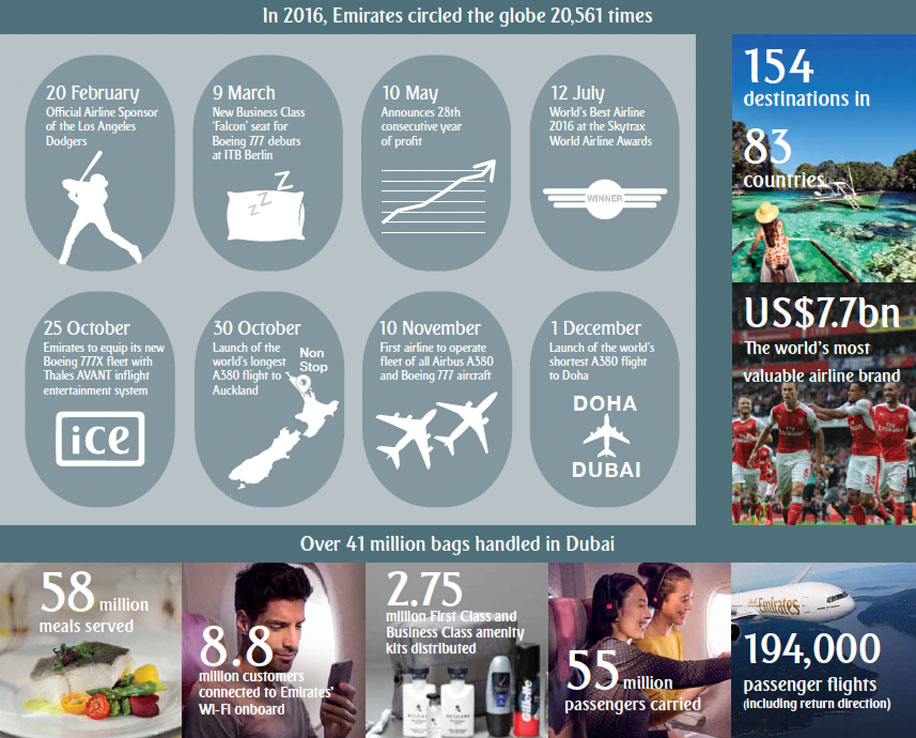 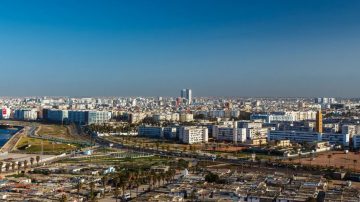