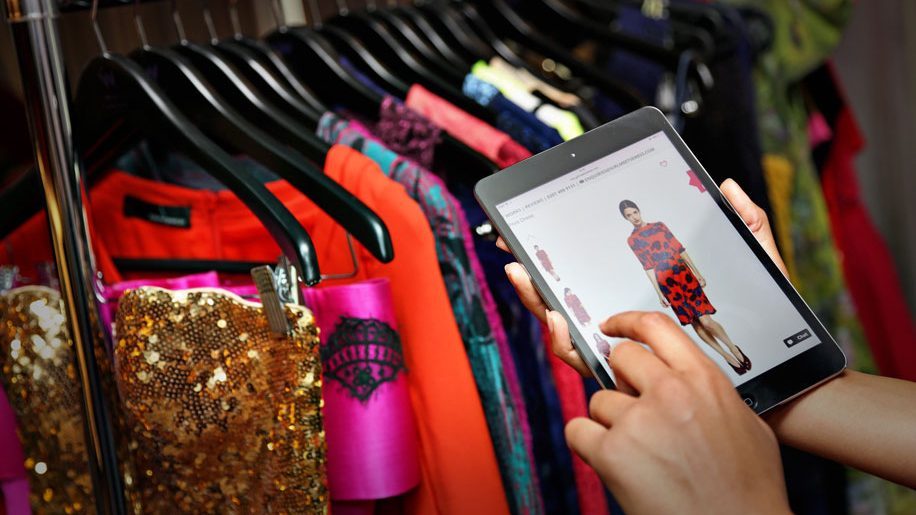 In the third in a four-part series we look at some of the key business travel trends for the year ahead. Part three: co-living, designer room service and voice activation…

This is the trend you will dismiss as ridiculous, much like you did when you first heard about renting people’s apartments through Airbnb. Now, of course, sharing economy revenues are expect to exceed US$20 billion a year by 2020 (according to Juniper Research). The idea is a cross between co-working spaces and house rentals –with flatmates.

For the longer-stay business traveller or expat, a co-living set up can give them the opportunity to be in a stimulating environment alongside like-minded people. Working is central to the experience but so is sharing an evening meal or hosting a party. They are rather like modern communes for professionals or “adult dorms” – but in many cases you can check in for just a week, and for much less money than a hotel.

PureHouse (purehouse.org), for example, provides “extended-stay housing in communal living spaces with incubator spaces that support entrepreneurs, digital nomads, artists and designers”. It defines itself as “an intentional way of living for those committed to transforming their lives”. So far it has a co-housing in Williamsburg, Brooklyn, but is looking to expand.

OpenDoor (opendoor.io) has properties including the 16-room Farmhouse in Berkeley, California, with vegetable gardens, chickens and music nights; and Oakland’s Euclid Manor, which opened in February 2016 and can have up to 16 residents. It says: “The real estate industry is out of touch with deeper needs, values and aspirations of modern urban dwellers.  We are reimagining home for the collaborative age – building a network of spaces for living with connection, creativity and purpose.”

San Francisco’s Coliving Club (coliving.club) enables you to “live in a startup house” alongside other IT developers. So far it has six locations in the city but will also be setting up in LA and New York. Free perks at every hub include coffee, events and laundry. The houses are well-equipped, smart and stylish, with neat bedrooms and generous hangout areas.

In London, the Collective (thecollective.co.uk) has launched the largest co-living site of its kind in UK capital, accommodating more than 500 people. Its Old Oak Common flagship in NW10 has rooms, studios and flats from £220 per week (although tenancy is a minimum of nine months) that provide access to lounges, a gym, cinema, spa, restaurant, themed dining rooms, kitchens, a secret garden and roof terrace, library, games room, offices and hot desks.

There are no bills or deposits, there are 24/7 community managers and apartments are cleaned twice a month. There are yoga classes, barbecues and talks – it’s a bit like a university campus. The Collective also has serviced houses in five other locations including Hyde Park and King’s Cross.

Become a member of Roam (roam.co) and you can stay in its co-living centres in Bali, Miami, Madrid and London (its Sloane Square site opened at the end of last year). Tokyo and San Francisco are coming soon. Defining itself as “an experimental co-coliving and co-working community testing the boundaries between work, travel and life adventure”, Roam sells one-week leases for US$500 or US$1,800 a month.

All bedrooms come with en suite bathrooms, and interior furnishings by Tuft and Needle, and Parachute. Roam claims that team members who are allowed to work remotely for a period of time report an increased sense of job satisfaction, morale and are generally three times more creative when approaching projects. The experience can also foster valuable relationships between colleagues or new acquaintances.

Co-living is, of course, very much connected to the remote working trend – Sabbatical (sabbatical.io) launched its first location in Puerto Rico in summer 2016. Offering week-by-week leases (US$950 for non-members or US$500 for members), you can get a furnished room, super-fast internet, conference rooms and shared amenities in an exotic destination. In 2017 it will open in Mexico City and Kotor in Montenegro.

Since May 2016, Commonspace (commonspace.io) delivers “a new way of living, working and making human connections” at its address on East Jefferson Street in Syracuse, NYC. Rent starts from US$850 a month (with a one-year lease, although you can rent for one month-only but it will cost more). Features include a bike sharing programme, a dedicated Slack channel and three en suite apartment types with kitchenettes.

For younger travellers on a budget, there are trendy bunk beds to rent at PodShare (podshare.co) across Los Angeles. Describing itself as a “social network with a physical address”, it has hotspots in Hollywood, Los Feliz and the DTLA Arts District, with pods from US$40 a night and coworking spaces for US$15 a day. “The future is access not ownership” it says, and is ideally suited to travellers, “transitioners”, who don’t have friends in the city to crash with, and “temps”, who might be working as a production assistant or at a film festival for the summer. Every base has showers, lockers, laundry, wifi and community kitchens.

Over in Europe, Zoku (livezoku.com) in Amsterdam is pitched at “mobile professionals” who need a “home/office hybrid”. Cleverly designed Lofts have flexible interiors – for example, a set of steps leading to a mezzanine bed will slide into the wall to make space for a living area and access to built-in drawers. There are pull-up rings for getting fit, a place to cook food and a table to eat a meal while working on a presentation. There are also social spaces for networking, a 24-hour shop, meeting rooms, an on-site café (stay more than a month and you get a 20 per cent discount on food), and a rooftop garden with greenhouse for growing herbs and vegetables.

Debuted in 2016, co-working giant WeWork (now valued at more than US$16 billion) is now beta testing stylish co-living spaces on Wall Street in Lower Manhattan, as well as Crystal City in Arlington, Virginia. By 2018 it is predicted that its new WeLive (welive.com) brand will be generating over US$600 million a year, with revenue from people staying from one night to one month at a time. Private studios start from US$200 a night and come with fold-out Murphy beds, sheets, flatscreen TVs, AirPlay speaker systems, wardrobes, fridge/freezers, glassware, cutlery, plates, pots and pans.

WeLive says it is built upon “the fundamental belief that we are only as good as the people we surround ourselves with”. It says: “From mailrooms and laundry rooms that double as bars and event spaces to communal kitchens, roof decks, and hot tubs, WeLive challenges traditional apartment living through physical spaces that foster meaningful relationships. Life is better when we are part of something greater than ourselves.”

Membership will cover fully furnished accommodation, fresh linens, housekeeping, in-room tech, monthly cable and high-speed wifi, access to common areas such as a chef’s kitchen, arcade and yoga studio, as well as “all the coffee, tea and beer you can drink”. It does not, however, provide roommate-matching services.

Proving co-living has mainstream potential, serviced apartment company the Ascott is launching a dedicate brand called Lyf (pronounced “life”). It will be aimed at people in their 20s and 30s, an age bracket that is expected to account for more than half the workforce by 2020, and which is predicted to spend US$200 billion annually on travel. By 2020, it intends to have 10,000 Lyf co-living units in a range of layouts – studios, twins and business suites with video-conferencing and hammocks. Communal spaces will offer Foosball tables, giant ball pits and cooking classes.

Lee Chee Koon, Ascott’s chief executive officer, said: “Millennials already form a quarter of Ascott’s customers and this segment is poised to grow exponentially. Lyf is a unique accommodation tailored for this demographic, including technopreneurs, start-ups and individuals from music, media and fashion. Lyf will provide global jetsetters and trendsetters with the opportunity to ‘Live Your Freedom’ in a dynamic environment and network with like-minded creatives.”

Lee added: “Lyf marks another milestone in Ascott’s innovation journey to design products and experiences for the future of travel. We are on the lookout for sites in key gateway cities for Lyf and we are open to both investment and management contracts to meet the growing demand for such co-living spaces – including Australia, France, Germany, Indonesia, Japan, Malaysia, Singapore, Thailand and the UK.”

Packing a tuxedo or having to buy a new dress for a last-minute trip can be stressful, as can cramming in clothes for unpredictable climates when you need to travel light. Some hotels are trying to address this pain point by offering designer fashion delivered to your room, so you can pick and choose the clothes you need on arrival. The W London Leicester Square introduced its “Walk Out Wardrobe” concept in partnership with online rental site GirlMeetsDress.com in summer 2015. Guests staying in suites can either order specific items in advance or call down to have a rail of outfits brought to their room free of charge (other travellers pay from £29 for hire).

Meanwhile, the five-star Berkeley hotel has collaborated with online fashion resale site Vestiare Collective, which has curated a selection of vintage accessories to borrow or buy. The bespoke Fashion Trunk is stocked with everything from Hermes scarfs to Chanel clutches and is free for those staying in Chelsea, Berkeley and Terrace suites. Guests staying in the last type of suite, which was recently revamped, will also find Burberry macs in their closet. Over in Chicago, the new Virgin hotel will collect clothes you order from Gap from in-room iPads and leave them in your wardrobe.

In December 2016, the Intercontinental London Park Lane teamed up with Harvey Nichols to provide a fashion styling service, with pieces from the store delivered directly to them. Oscar Fernandez, head concierge at the property says: “Many of our guests travel a great deal and might be on a multi-destination trip with several planned events, as well as those that pop-up last minute. The Style Service can dress for the day of an event or we can arrange shipping to the next location. There are also times when guests just don’t have time to go shopping and this service means they will never leave without the latest pieces.”

Part of a growing trend for the Internet of Things, voice recognition has been easing its way into our lives for a few years, with built-in virtual smartphone assistants such as Apple’s Siri. In 2016, Amazon launched a voice-activated home speaker, the Echo, which answers questions, reads audio books and plays music on command. Google is making great strides in this area too, promising instant translation in more than 80 languages through its Google Cloud Speech API, as well as improvements to its voice search and typing capabilities already in action.

Last year (2016), the world’s first voice-activated hotel rooms were unveiled at Starwood’s Aloft hotels in Boston and Santa Clara. A simple “Goodnight” will turn out the lights, while “Good morning” will switch them back on. The room temperature and speakers can also be controlled by Siri via an iPad provided.

This is the first stage in “Project Jetson”, with later developments seeing an entire voice-activated hotel that will use “triggers” to react to your personal preferences and routines. Instead of using a tablet provided by the hotel, there will be an app to download to your phone. Clarion Hotels in Amsterdam ran a similar trial in August 2016 using Amazon’s voice assistant, Alexa. This one also allowed guests to book a taxi and set a wake-up alarm.