Video: the making of the Lufthansa A350 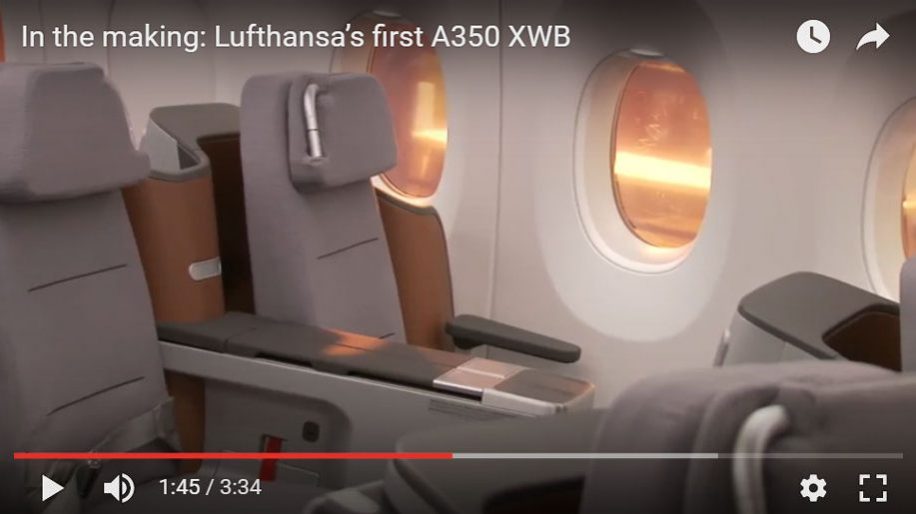 Airbus has released a video of the building of Lufthansa’s first A350-900 aircraft, which was delivered to the carrier this week.

The video shows parts of the aircraft’s fuselage being transported on the manufacturer’s Airbus Beluga aircraft, before being assembled and painted.

Viewers can also get a brief preview of the economy, premium economy and business class seating on the aircraft – the carrier is not officially presenting the cabin interiors of its A350 until the start of February.

Lufthansa will base a total of ten A350s in Munich, with the first routes being to Delhi and Boston.

The aircraft will be configured with 293 seats – 48 in business Class, 21 in premium economy and 224 in economy.