Emirates to fly A380 to Morocco

Emirates is to launch the first commercial A380 service to North Africa next year, when it rosters its superjumbo on the daily Dubai-Casablanca route.

The return leg EK752 will leave the Moroccan city at 1455, arriving back into Dubai at 0125 the following day.

The move will see Emirates offer a total of 1,834 extra seats on the route each week.

The carrier first launched flights to Casablanca in 2002, and last year carried nearly 260,000 passengers on the route.

Emirates recently moved to an all-A380 and B777 fleet, and currently operates the superjumbo to 45 destinations. The airline has 88 A380s in its fleet, with a further 54 to be delivered. 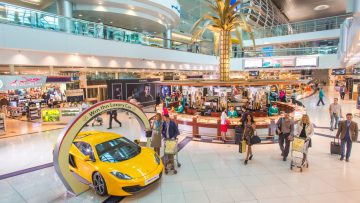