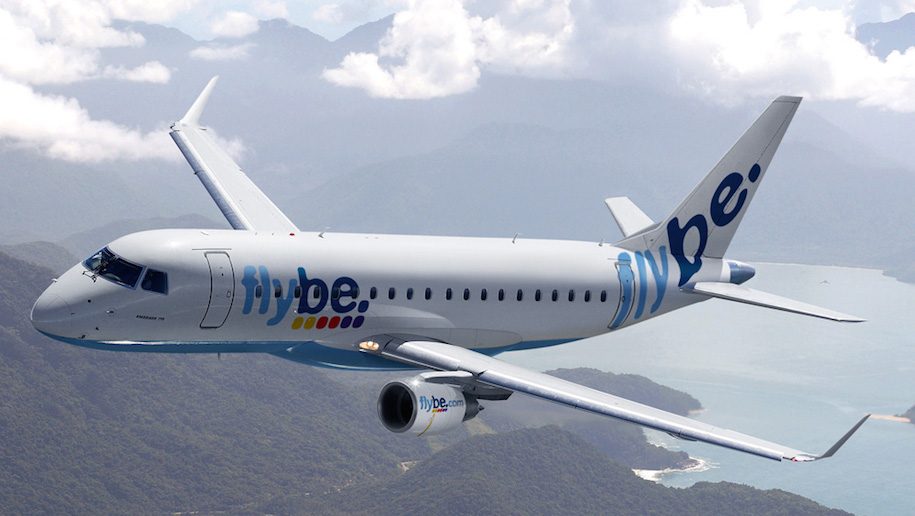 Regional carrier Flybe could be operating Anglo-Scottish flights from London Heathrow by next year.

A report in The Scotsman suggests Exeter-based Flybe could soon be flying from London Heathrow to Aberdeen and Edinburgh.

Next March Flybe might be competing against British Airways (BA) by taking advantage of so-called “remedy” slots.

These slots were originally used by Bmi.  Later they were acquired by Virgin Atlantic’s Little Red operation which was later dropped.

Quoted in The Scotsman a spokesperson for Flybe said, “As a matter of practise, Flybe does not comment on speculation around potential decisions before such time as is appropriate.”

“Flybe has applied for the slots to operate at Heathrow, and that is a matter of public record.”

The carrier even ran a campaign entitled “Open up Northolt to the People Now !” without success.

But in late October soon after this campaign, Flybe’s CEO Saad Hammad departed with immediate effect by “mutual agreement.”   A full-time successor has yet to be found.

In Heathrow, Flybe sees a business opportunity.  It could provide transfer possibilities to many foreign airlines along with Virgin Atlantic.

Not only does British Airways have a domestic monopoly at Heathrow but many carriers would rather not rely on a rival for their feeder traffic.

Almost all airlines (other than British Airways and some Oneworld partners) are based at T2/T3/T4 whereas BA’s domestic flights use T5.

Conversely any Heathrow operation would be a lot of hassle for Flybe which currently operates mainly from smaller, less expensive, regional airports where there is less chance of things going wrong.

Is there any money to be made in feeding domestic passengers to international airlines? The experiences of Bmi and Little Red suggest this business (at Heathrow) is unprofitable.

And when it comes to point-to-point traffic Flybe’s small aircraft (some of which are turbo-props) would be competing against the larger jets operated by British Airways.

The topic is being discussed on our forum: