It’s rare for the UK to open a new rail line.

So today’s news that sees Chiltern Railways operating direct trains between London Marylebone and central Oxford is most welcome, even though the link cost £320 million.

Chiltern is now operating half-hourly service on the route and the journey time is around 60 mins.

David Penney, MD of Chiltern Railways, said “The new line provides meaningful benefits for those living and working in the region. It creates direct competition in the rail market between Oxford and London.”

Chiltern will be competing against incumbent Great Western Railway which operates a similar but sometimes slower service (timings range between 60 and 100 mins) from London Paddington.

These times are lengthy when you consider Oxford lies little more than 50 miles from London.

Let’s be honest. What Great Western is providing has barely changed over the years. It’s really a Cinderella service. One suspects Great Western devotes its energies to its more profitable mainline trains to Wales and the West Country.

Until now the lack of a good rail service has allowed the bus operators to gain market share despite their services being slowed by the traffic congestion in the London area.

One company, Oxford tube, operates  “turn up and go” frequency. Buses between Oxford and London depart every 12 to 15 mins.

There’s a journey time of 70 mins to Marble Arch (the closest point to Marylebone/Paddington rail stations) with Victoria taking 115 mins.

The new line’s other benefit is that it links Bicester Village shopping outlet with Central London.

Although this section, and Bicester Village station, opened in October 2015 it has already attracted many passengers. Chiltern claims 1.5 million passengers used it in the first year (when trains ran to Oxford Parkway on the city’s outskirts).

The shopping outlets at Bicester Village are one of the most popular attractions for Asians visiting London.

The Daily Telegraph reports that three out of four Chinese visitors to London pay a visit to Bicester Village which has become their second tourist attraction after Buckingham Palace.

Until the station opened most would arrive by tour bus but more now arrive by train aided by signs in Chinese script.

Chiltern’s fares to Oxford are competitive with those of Great Western.

Off-peak day returns start from £25 and are valid from 0900.  Advance tickets come with restrictions but for travel tomorrow (Tuesday) a one-way London-Oxford ticket would cost £7 in the morning off-peak and £15 for a return in the mid to late-afternoon. 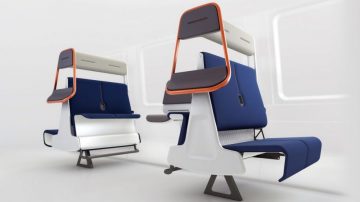