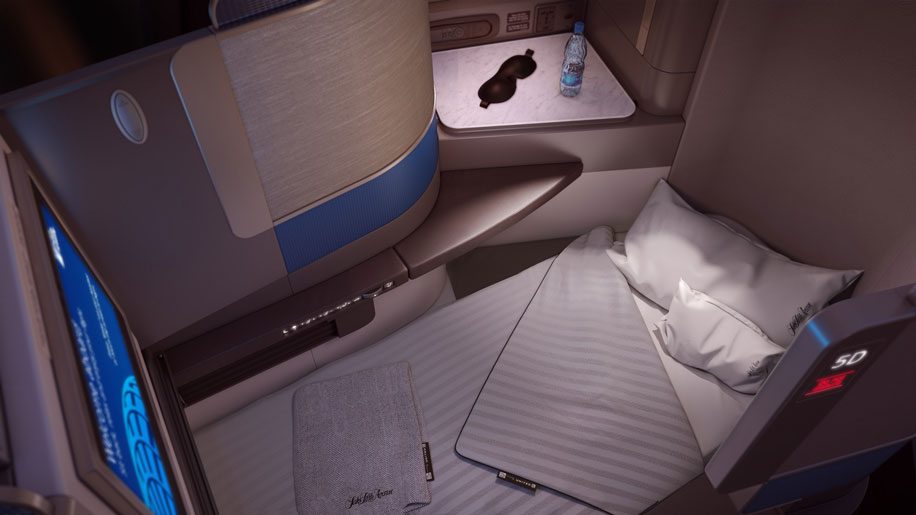 United has launched the first phase of its United Polaris business class rollout, which will culminate in a new fully-flat business class seat next year.

The new Saks Fifth Avenue bedding features “plush duvets, lightweight day-blankets and a large and small pillow for each United Polaris customer”, as well as mattress cushions and gel-cooled pillows on request.

Polaris passengers will also be offered slippers on all flights, and customised pyjamas on flights over 12 hours. There are also new amenity kits by Soho House and Co’s Cowshed Spa.

United says that “thousands” of its old pillows and blankets will be donated to the Fisher House Foundation. 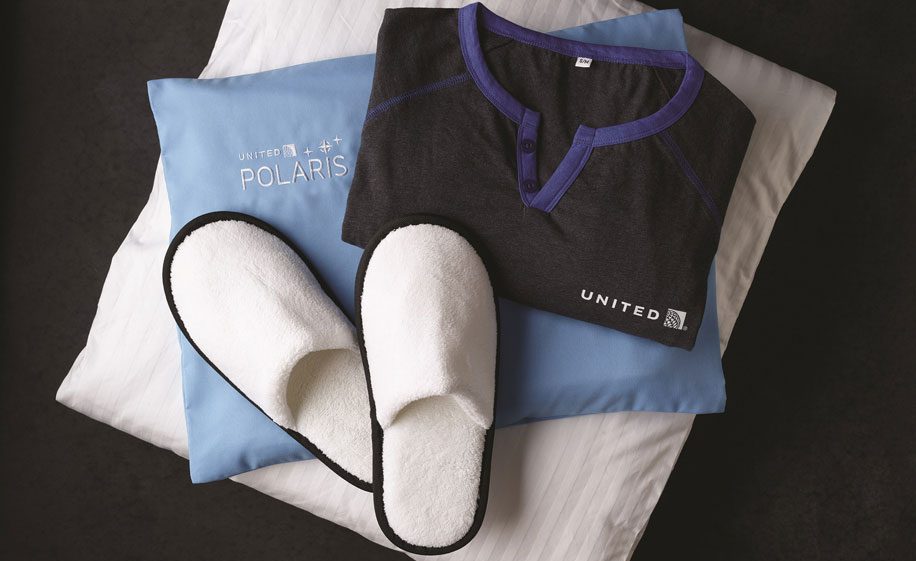 The new F&B offering sees customers welcomed with a pre-departure drink of their choice, and a “gourmet chocolate”. On morning flights passengers “can choose a sweet and bubbly Mimosa or create their own savory and spicy Tito’s Handmade Vodka Bloody Mary”, while on afternoon and evening services “passengers can create their own wine tasting menu, with a customizsed wine flight with the highest-quality options curated exclusively by United’s Master Sommelier”.

There will be seasonally updated, regionally influenced in-flight menus, designed in partnership with The Trotter Project, and customers will be offered made-to-order ice cream sundaes and a dessert cart with “a variety of petit dessert options”.

Staff delivering the United Polaris offering will undergo training at Saks Fifth Avenue, and new flight attendant service procedures have been implemented, including a shorter meal service “so customers can have undisturbed sleep times”.

The new in-flight Polaris service began at 0001 today (December 1) across all of the airline’s markets. 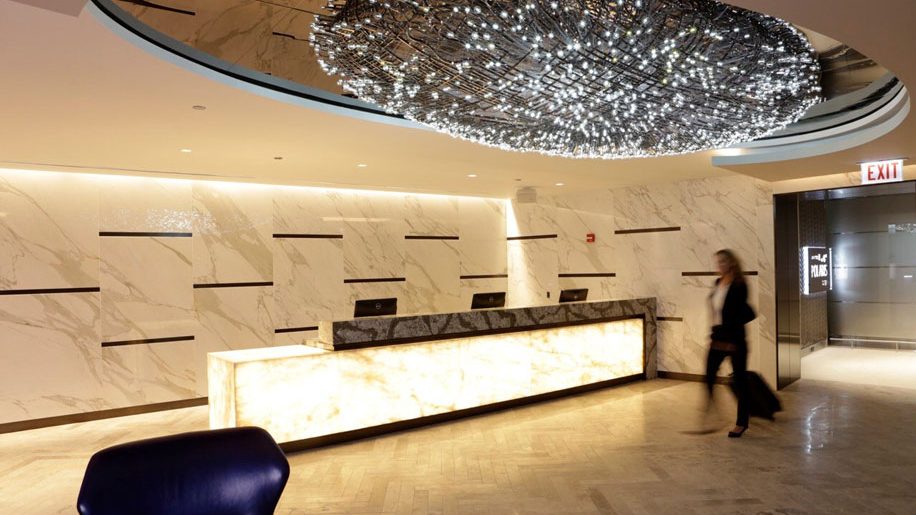 Business Traveller was at the launch event for the new seat in New York earlier this year, where the photos on the Flickr slideshow below were taken.