As previously reported, the Hong Kong-based company is expanding its Heathrow operation considerably and will have a presence in each terminal once all facilities are open.

Song Hoi See, founder and CEO of Plaza Premium Group, told Business Traveller that in January, the company – which already has lounges airside and landside in T2 and airside in T4 – will open an arrivals lounge in Terminal 3, in the space vacated by Delta Air Lines in September. Seating 28 guests, it will have 11 showers.

Its forthcoming T4 arrivals facility (pictured above) will open in the first quarter of next year, accommodating 75 people and offering 24 showers. The company will also introduce its “healthy eating” Flight Club dining concept here, which it first launched in Kuala Lumpur last year.

A T5A airside lounge is due to be unveiled in the second half of 2017. It will seat 156 guests and offer runway views and “fresh ergonomic design”.

The group’s new Aerotel, a landside transit hotel housed in a two-storey former office building attached to T3, is also set to be launched in the second half of next year.

Song said that the property would have 92 rooms measuring 12-18 sqm, which would be a mixture of twins and singles. Bookable for a minimum of six hours, guests can then pay by the hour thereafter.

“We’re very excited about it – it will offer great value for the passenger,” he said. “We’ve invested heavily in the bed, shower and amenities.” The hotel will offer “similar quality” to the group’s existing Aerotels in Singapore Changi and Abu Dhabi, he added. It will have free wifi and a library lounge serving food and drink. Room service will also be provided.

In other news, the Plaza Premium lounge in the Satellite Terminal of Kuala Lumpur International will undergo a phased renovation from late December to the end of May, during which time the lounge area will be partially closed. After works it will seat more than 200 passengers.

The group is expected to open an Aerotel at Rio de Janeiro – where it recently launched three lounges – early next year. 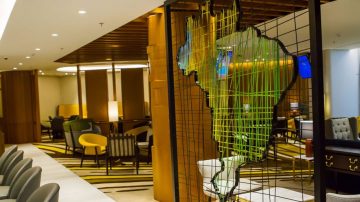 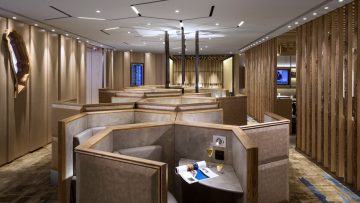