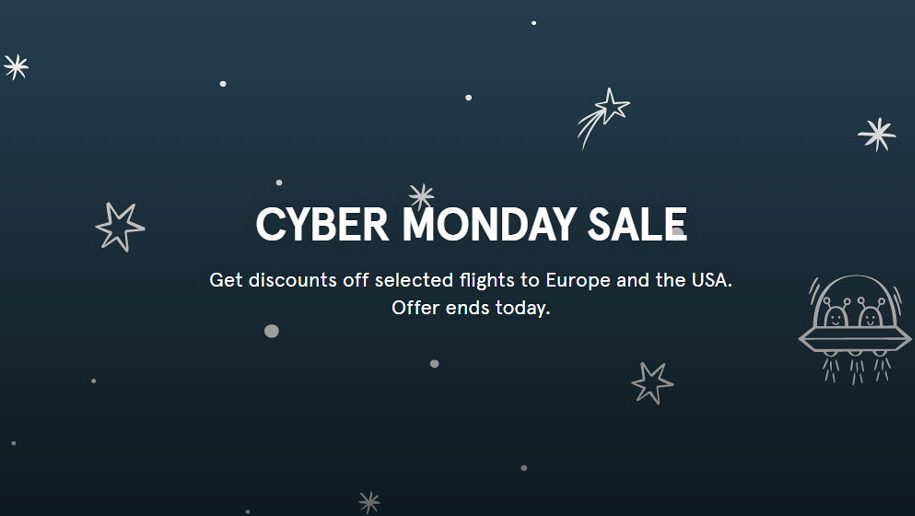 For our Black Friday travel deals round-up (several of which are still valid today), click here.

The carrier is offering 15 per cent off myAustrian economy class flights from Europe to the USA, Canada or Asia, with the promo code CYBER16.

The low-cost airline says that “Cyber Monday will offer savvy savers another chance to book bargain flights with £25.90 one-way fares on select European routes from London Gatwick, Birmingham or Manchester. Passengers looking to travel further afield this winter, will be able to book a popular transatlantic route from just £129 one-way. The offer is available for travel from December 1, 2016 to March 25, 2017.”