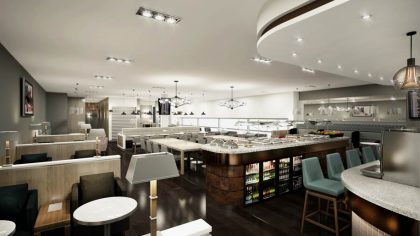 The Club Aspire lounge at Heathrow Terminal 3, which can be accessed by Priority Pass members

Lounge membership scheme Priority Pass has reached a milestone of 1,000 lounges worldwide, with 130 lounges having opened in the past 12 months.

Growth in the Asia Pacific region has been strong with 32 lounges joining this year, including 11 new openings in China alone. Others have opened in Indonesia, Taiwan, Myanmar and Cambodia, as well as in New Zealand and Australia.

South America has seen the addition of 18 lounges in Mexico, Argentina and Brazil. A further six lounges have joined the US, in cities such as at Boston, Miami and Minneapolis.