Lufthansa to take delivery of A350 on December 19 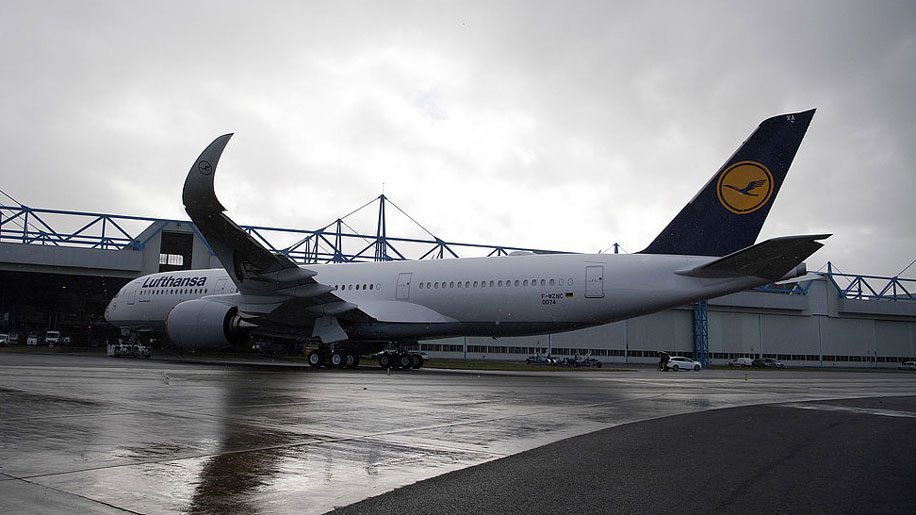 Lufthansa has confirmed the delivery date for its first A350-900 aircraft.

The German carrier will receive the first of its new-generation Airbus aircraft on December 19, before putting it into commercial service on the Munich-Delhi route from February 10.

Tickets for the inaugural service are available now at lufthansa.com.

Commenting on the news Thomas Winkelmann, CEO of the Munich Hub said:

“We are looking forward to welcoming our first A350-900 shortly before Christmas. And already in February, our passengers will be able to enjoy a higher level of comfort on their flights to Delhi as we have now made further improvements to key components of the A350-900’s cabin interior.

“This includes, among other things, a newly designed self-service area in Business Class, new seats with ergonomically designed cushions in Economy Class, larger screens in all classes and improved broadband internet services”.

Although the aircraft will be delivered to Lufthansa on December 19, the interiors will not be presented to the public until the start of February, as the group’s Lufthansa Technik division will install the cabin interiors in Munich following delivery.

Lufthansa will base a total of ten A350s in Munich, with the first routes being to Delhi and Boston.

The aircraft will be configured with 293 seats – 48 in business Class, 21 in premium economy and 224 in economy.