Ryanair says it will operate to more primary airports than secondary facilities for the first time by the end of this year.

As part of its report for the first half of 2016, the low-cost carrier said that “we’ve observed a growing trend of competitors closing bases and routes where they are unable to compete with Ryanair’s lower fares and we expect this trend to continue, especially in markets such as Germany, Italy, Spain and Belgium where significant restructuring of loss making operators (even at lower oil prices) continues”.

The airline said that as a result more primary airports are incentivising Ryanair to grow “while their incumbents are cutting”, and at the end of 2016 it will operate to a total of 105 primary facilities, compared to 95 secondary airports.

The carrier recently announced plans to become the first major low-cost carrier to operate at Frankfurt’s main international airport rather than far-out Hahn.

Ryanair reported a 7 per cent increase in profits over the first half of this year, which it said was “a creditable performance in difficult market conditions due to repeated ATC strikes, terror events, and the adverse economic impact of the Brexit vote in June which saw Sterling weaken materially over the peak summer period”.

The carrier added that the recent Brexit vote meant it would shift some of its planned 2017 growth away from the UK, citing weaker Sterling, expected slower GDP growth and market uncertainty. The airline said it would reduce planned UK growth from 12 per cent to approximately 5 per cent next year.

Ryanair will take delivery of 31 new B737-800s this winter, with new bases being opened in Bucharest, Bournemouth, Hamburg, Nuremberg, Prague and Vilnius.

Forthcoming initiatives include making membership of My Ryanair automatic for all customer bookings, “so that we can tailor services and improve offers for each customer”, and an “automatic check-in” service will also be added over the coming months. 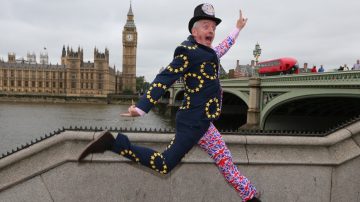