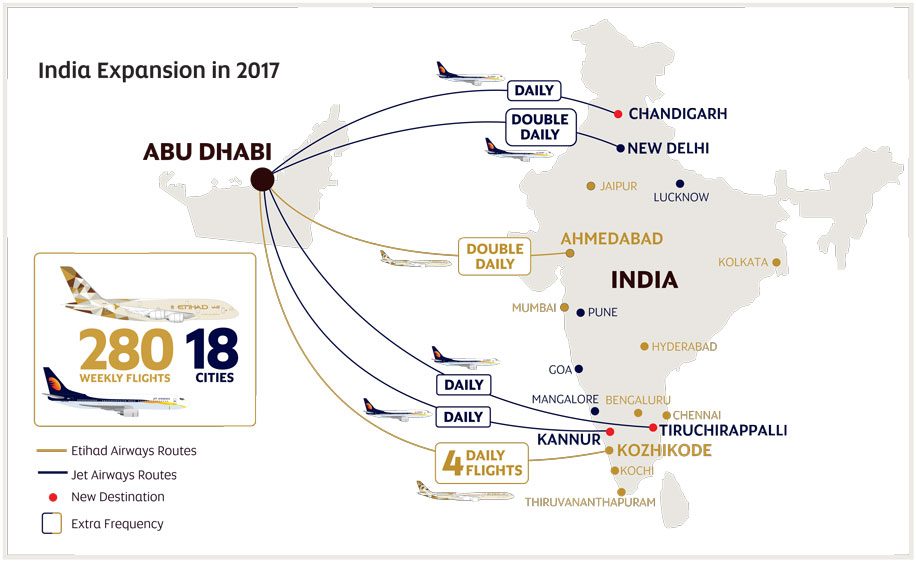 Etihad and strategic partner Jet Airways have announced an increase in services between the UAE and India from early 2017.

The two carriers will add a total of 28 weekly flights between Abu Dhabi and India, with three new cities being added to the network – Tiruchirappalli, Kannur and Chandigarh.

Etihad and Jet Airways (in which Etihad owns a 24 per cent stake) currently offer 252 weekly flights between Abu Dhabi and India, across 15 Indian cities.

This will rise to 280 weekly flights and 18 cities from next year, with the following additions:

Etihad said that in the 12 months to August 2016, the two carriers contributed over a million guests onto each others flights (Etihad contributing 717,966 travellers to Jet Airways flights, and Jet contributing 396,288 passengers to Etihad services).

“Today’s announcement reflects how we have been working together to enhance our services to give the travelling public more and better choices by using each other’s networks.

“Our partnership with Jet Airways has gone from strength to strength. Sharing resources and reaching decisions together are key to our success. Jet Airways is Etihad Airways’ leading equity partner in terms of revenue and passenger contribution, and this expansion is indicative of the years of friendship, strong bilateral relationship, and economic, trade and cultural ties enjoyed between India and the UAE.” 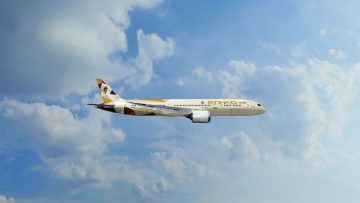