Earlier this year we reported that Germany’s Deutsche Bahn (DB) was axing all its sleeper trains to save money.

DB was followed by France’s SNCF which announced it too was scrapping most sleeper trains.

So I have some good news for you, at least as regards DB.

A saviour has emerged in the shape of OBB (Austrian rail) who will take over part of DB’s former network starting with the winter timetable on December 11.

According to a report in the Financial Times, OBB is spending an initial Euros 40 million on acquiring the rolling stock from DB and then carrying out refurbishment.

According to the Railway Gazette, OBB will be using the trains on six business routes.

The trains will be marketed to both business and leisure travellers under the Nightjet banner, see here

On some DB rolling stock you can book “hotel standards” of sleeper accommodation.

It’s reported that OBB’s existing services (these operate from Zurich/Vienna and mainly to Italy)  will remain but be updated with new rolling stock from 2020.

It was the growth in budget air services and high-speed daytime trains which prompted DB/SNCF to axe their overnight sleeper trains.

Rail fans will be hoping OBB will succeed. 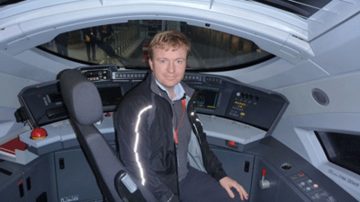