Birmingham airport will soon drop its hugely unpopular drop-off fee which is levied on passengers arriving by car.

According to a report in the Coventry Telegraph  it would appear the fee will be dropped in time for the busy summer 2017 season.

The fee was brought in some nine years ago. It will be scrapped as part of the airport’s £100 million investment programme.

At present the charge starts at £1 for the first 10 minutes.  But if passengers are tardy in getting out of the car and removing their luggage the fee soon becomes £7 (for 20 mins) and thereafter it rises by a further £5 per minute.

Now Birmingham is set to create a new drop-off car park which will provide free parking for 30 mins and be linked by a covered walkway to the terminal.

Birmingham’s chief executive Paul Kehoe is quoted as saying, “We have seen enormous growth at Birmingham over the last few years. We are therefore making this investment to enhance operational efficiency.”

Although the new arrangement will not be quite as convenient as the original drop-off area (before the introduction of charges) it is a step in the right direction.

Drop-off fees are levied at many of the UK’s airports.  Southampton being the latest to adopt this unpopular charge last June.

Previous reports we have published about the drop-off fees at Aberdeen, Edinburgh and Leeds aroused much negative feedback.

One wonders whether the above airports and others will follow Birmingham’s lead? 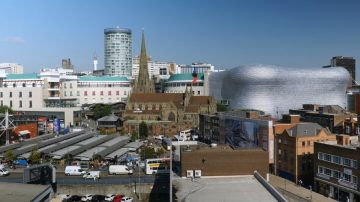