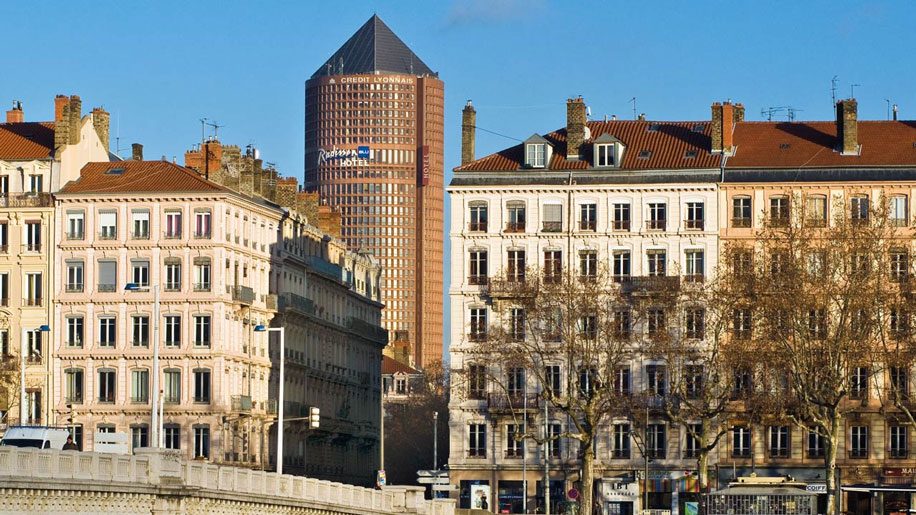 The Radisson Blu Hotel Lyon is located within the city’s Part-Dieu tower, also known as “Le Crayon” (“The Pencil”) for its distinctive shape.

Over €40 million has been invested in the hotel, with features including an 18-metre light installation in the lobby, and “specially woven framed silk” in every room – a tribute to the history and heritage of the city.

Celest Bar and Restaurant features a seasonal menu focusing on local products, and the hotel’s meeting space on the 32nd floor offers 11 flexible spaces and 360-degree views of the city, the French Alps and Mont Blanc.

The hotel is located in the central business district of Lyon to the east of the Rhone, and close to the city’s main Gare de Lyon-Part-Dieu rail station.