Qantas to launch a daily service from Melbourne to Tokyo-Narita

Qantas will launch a new daily service between Melbourne and Tokyo-Narita airport on December 16, subject to government and regulatory approval.

CEO of Qantas international and freight, Gareth Evans, said the new service demonstrates the company’s targeted expansion in the Japanese market and Asia in general.

“We’re delighted to be stepping up our commitment to the Japanese market at a boom time for tourism and business travel.

“The Qantas Group is perfectly placed to support the resurgent growth we’re seeing, with the biggest Australia-Japan network, the biggest domestic network in Australia, and the biggest low-cost carrier network in Japan through Jetstar.

“We lifted Qantas’s capacity on Asian routes by 17 per cent last financial year, so this is very much part of a larger pivot to Asia.” 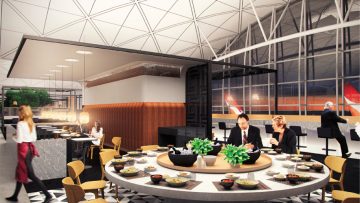