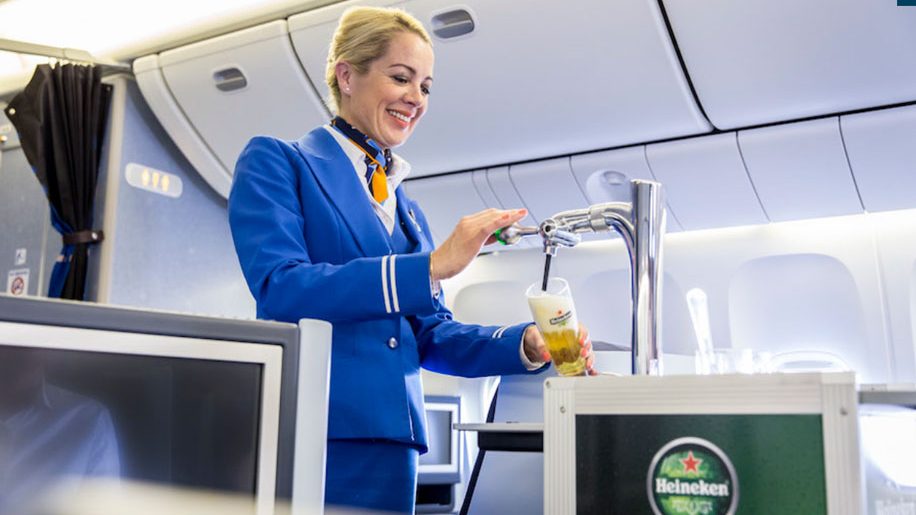 KLM has officially launched what it is calling the “World’s First Perfect Draught Beer Aboard a Plane”.

The Heineken beer trolley uses air rather than CO2 (which would not be allowed due to flight safety regulations) to pressurise the keg, and keeps the beers chilled through the use of an insulated container.

According to the Dutch carrier “our airborne draught contains the exact same ingredients as those used to make the Heineken you enjoy in bars all over the world. So the unique blend and taste are exactly the same.”

Components for the beer trolley were made using a 3D printer – a costly process which means there is currently only one in existence.

KLM says it will “use this trolley as much as possible for special flights and events” – on August 31 it was used for the first time on regular flight KL735 to Curaçao, when it was offered to passengers in the carrier’s World Business Class cabin.

KLM says that “A select group of cabin personnel have received special training to pour perfect beer at altitude”.

The carrier has produced a special advert to promote the new initiative, entitled “The Unexpected by KLM and Heineken“.

To read more about the launch of the KLM beer trolley, click here.