Qatar Airways has announced a code-share partnership with Vueling.

The code shares are for 67 routes on Vueling’s network. Vueling flies to 24 destinations in Spain, 16 in Italy and four in Portugal, in addition to a number of destinations in France, Croatia, Germany, Malta, the Netherlands, and the Czech Republic.

“Code-share partnerships and airline alliances continue to play an important role for Qatar Airways. The further addition of these code-share routes will offer an enhanced and unrivalled global network and improves our competitive offering.”

Vueling Airlines’ Chairman and Chief Executive Officer, Javier Sánchez-Prieto said: “There are increasingly closer ties between Qatar Airways and Vueling, and this agreement will enable passengers from both airlines to benefit from the flexibility and convenience provided by the code-share on different European and Middle Eastern routes.”

The new code-share agreement, which builds upon the interline agreement signed between the two carriers in October 2014, is effective immediately. 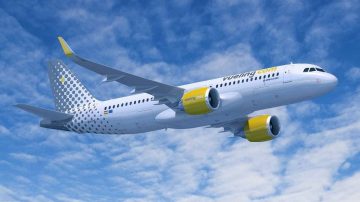