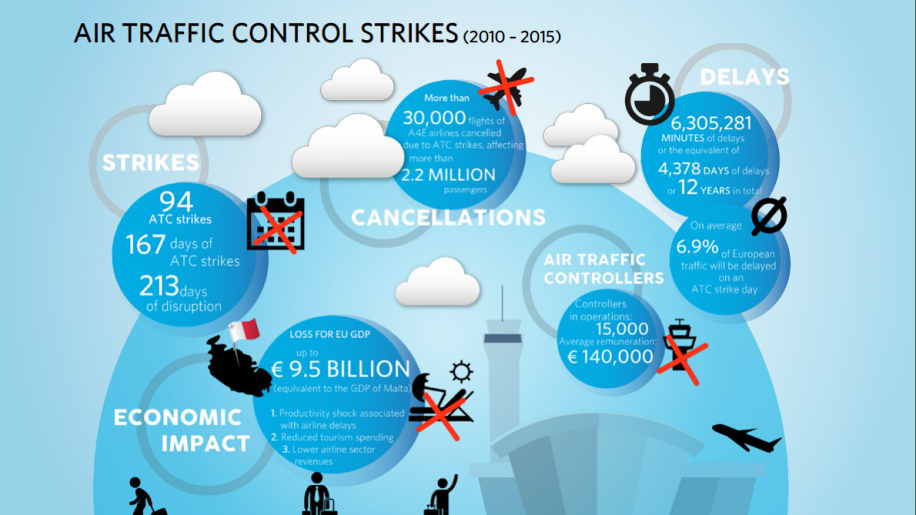 To see previous stories on the Association and its publicity concerning the disruption caused by Air Traffic Control (ATC) strikes, see Airlines for Europe.

Business Traveller spoke with the Managing Director of the association on his aims for Airlines For Europe and whether it is realistic to expect taxes to be reduced at Europe’s airports.

What is the aim of Airlines for Europe?

The aim is to become the single voice of the airlines in Brussels. [We want…] to be innovative in the way we lobby and communicate. We need to be proactive, and to say what we think. The other airline associations had been dozing off, but we wanted to be very vocal and if necessary be disruptive. In London that would be normal business, but in Brussels that would be about waking people up and explain that Airlines for Europe (A4E) starts from the business rationale rather than a Brussels rationale.

We are small organisation, and we have limited resources so we have to focus which is a good thing, I think. It also allows the member airlines to concentrate on what they agree on rather than what they disagree on.

We’re about the bottom line and what can we do better for passengers in bringing the cost down and feeding that through to the customer in the form of lower fares.

We suffer the same pain as the passengers. So you go to an airport and you enter a shopping mall. Even at IKEA they offer a fast track to the restaurant.

We are looking beyond Brussels, though. We understand that the European Commission has limited competences when it comes to fiscal issues and taxes – they can only give recommendations, but they are not binding, so we go local and we work with national associations in the UK and Germany. On airport charges there is the airport charges directive which doesn’t work because it’s not properly implemented.

So what are you lobbying about?

Airport charges is one and that’s important for passengers because the charges get added to the ticket price. The airports wouldn’t necessarily agree with that, but we are putting pressure on the airports and the European Commission to review that.

The second thing is passenger and fuel taxes that don’t add any value to airline travel, directly or indirectly.

Thirdly the negative impact of ATC strikes. We look at the macro-economic impact [Air Traffic Control strikes cost up to €9.5 billion Union’s GDP associated with 131,000 jobs over the last six years according to PWC in research commissioned by A4E].

We are counting the minutes and hours, so there’s an impact for passengers, but we are looking at legal possibilities to force certain member states to force them to abide by the rules.

[A4E research has found that since 2010, Europe’s skies have been disrupted 213 days due to strikes from air traffic controllers (ATC) forcing A4E member airlines to cancel 30,000 flights across the continent, with more than 2 million passengers having flights cancelled, while others experienced delays of more than 6 million minutes directly affecting their travel plans.]

We are not against the right of strike, and clearly some of these issues have to be dealt with locally. But with our campaign against ATC strikes we hope to put some pressure on other stakeholders so we can all work together with pilots and crew to look at this.

So what would be a success for you on airport charges? Get rid of them, lower them?

We understand that airports need to charge for a service and that’s a fact of life. What we would like the regulators to look at more carefully is not so such the charges but the way they are being calculated which is not done in a transparent way. The way that airlines are consulted is sometimes a joke in some of the countries. We are brought in too late, we want to be consulted on the calculation process and if we could shed some light and improve the transparency and consultative process across airports that would be a big step ahead.

You could argue that some airports in Europe demonstrate anti-competitive behaviour, and in some countries there is a potential abuse of dominant positions.

The commission will be starting a consultation procedure on the airport charges directive, whether it needs to be reviewed in September, and we will be sitting with them to see what will happen there.

To start with. That’s the first condition but it’s the whole framework of how they are being calculated, we need to be involved. And if we can’t have a commercial negotiation because they are in a dominant position, and there’s a quite a few of those out there in Europe, then we have to see if there is abuse of dominant position.

What about government charges on passengers though the APD taxes?

The Commission has limited powers. But it is benchmarking the taxes in Europe, not only airline taxes, so we are pushing it to make sure airline taxes are a focus for them. For APD we need to work locally so it’s a mix of things. We’ve listed the number of good examples -the Netherlands where they had to pay passenger tax, and when they lifted it, the passenger numbers went up. So clearly show the negative impact on the mobility of passenger traffic when taxes are introduced. So talk about jobs and growth. The impact of taxes for a government is s short term one. Ireland puts a tax on because they needed the money, but then they quickly lift it because in the long term they realise it’s bad for the economy. And then lobby together with the individual associations for local governments.

And what about the ATC strikes?

Well it;s a question of whether there need to be new  regulations, or are the existing ones not being enforced. We have had some research done on that and it’s a bit of both. In some countries like France the rules are there but not properly enforced because of the pressure from local unions.

So what do you think you can do by lobbying in Brussels and elsewhere?

We have to show how the impact of ATC strikes can be minimised. Some countries have a minimum time period between announcing a strike and it taking place. We also hope that if there is a strike some countries will take over the traffic from the neighbouring country to minimise the effect. For that to happen, one country can give permission to do it and the other can then accept it, but they are not allowed to because of pressure from the unions. The toolbox is there, though.

What part can passengers play?

Well they have the physical experience, for instance of flying to Spain and it taking eight hours or the flights being cancelled. Consumers are a very important voice. If you experience it, you should tell your members states. The first complaints come to the airlines in those circumstances, but we can’t change these strikes alone – we need to work with all of the stakeholders, and they are one of them.

But you don’t do anything about when one of your member airline strikes?

No, but a passenger has the option of flying with someone else or use the train. We are not trying to stop strikes, we are trying to minimise their effect and work on those matters that all the members agree on.

If a company decides to go on strike, then it’s their decision and it’s up to the company and the union to find a solution, which might be easier since there are only two parties involved instead of the ATC where there are many parties involved.

What effect will Brexit have on all of this?

Well it depends whether Brexit means really leaving or something in-between. As far as the European Skies regulations are concerned, countries adopt the legislation so from one point of view the effect won’t be big, although if the UK adopts it obviously it can’t influence it. So from a regulation perspective and technical regulation and passenger rights I don’t think things will change. The customer experience may change if the UK is really out – border controls will be tougher, so travel will be less smooth than it is today. 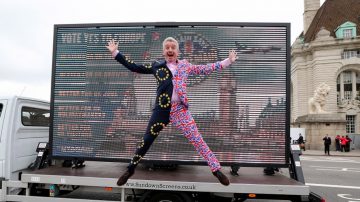 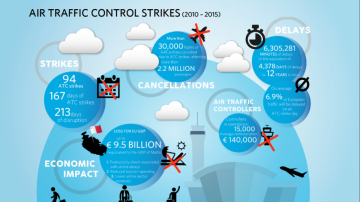