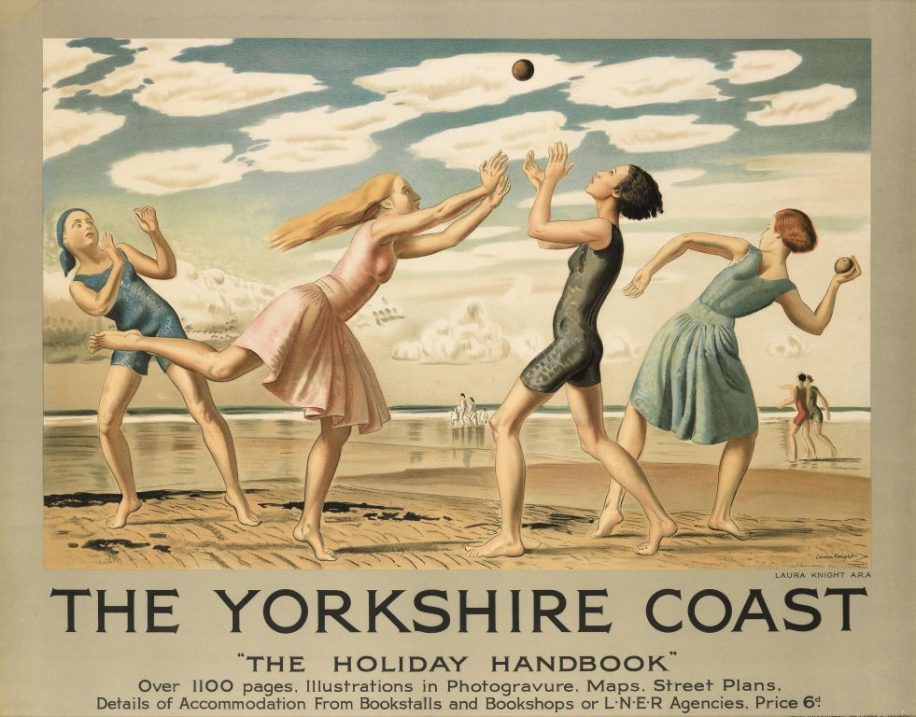 An auction of rare antique travel posters will take place on October 27, 2016 at Swann Galleries of New York.

The picture (above) is The Yorkshire Coast by Dame Laura Knight.

Used to promote the London and North East Railways’ travel guide, The Holiday Handbook, this colour lithograph is a highlight in Swann Galleries’ October 27, 2016 Rare & Vintage Travel Posters sale with an estimate of $4,000 to $6,000.

As well as being one of the most celebrated and sought-after British artists of the first half of the 20th century, Dame Laura Knight was the only female artist to be commissioned as an official war artist in both World Wars and in 1936 became the first woman elected to the Royal Academy. She designed posters from 1921 to 1957 for a variety of bodies, including seven for London Transport and a 1939 recruitment poster for the Women’s Land Army.

The auction provided us an excuse to feature a few of the other posters for sale in the auction.