The winners of the region’s most prestigious travel awards were announced today at an exclusive presentation luncheon at the Island Shangri-La, Hong Kong.

Between April and June, Business Traveller Asia-Pacific sent out a voting poll to subscribers, with the results independently compiled by market research company Business Intelligence.

Singapore Airlines was once again a major winner, winning the overall award for Best Airline in the World and Best Asia-Pacific Airline for the 18th year running. The airline also held on to the awards for: Best First Class; Best Business Class; and Best Economy Class. Meanwhile, new winner Virgin Atlantic took the honours for Best Premium Economy Class. Cathay Pacific was also recognised once again for having the Best Frequent Flyer Programme; and Best Airport Lounge.

Between April and June of this year, Business Traveller Asia-Pacific sent out poll forms to its subscribers, who are some of the region’s most frequent travellers. Results were compiled and tabulated by market research company Business Intelligence. The full results will appear in the October 2018 issue of the magazine. 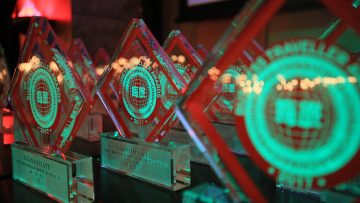