With the addition of four new aircrafts— two Airbus A320 ceo (VT-IKA and VT-IKB) and two A320 neo (VT IZK AND VT-IZI), IndiGo becomes the first domestic carrier to have 200 aircraft in its fleet.

The budget carrier, which enjoys over 40 per cent of the total domestic traffic, had inducted the 100th aircraft on December 24, 2015.

The airline currently operates over 1,200 flights to 63 domestic destinations, which include 49 domestic and 14 international ones. goindigo.in 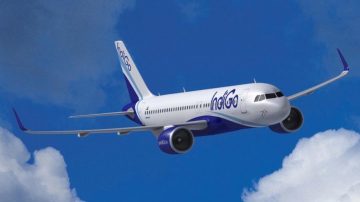