The last Concorde to fly has now been moved to a new home at Aerospace Bristol, a £19 million museum in Filton, to the north of Bristol, opening this summer.

The complex move was conducted by engineers from British Airways and Airbus as the aircraft was towed across Filton runway and up a ramp into the new purpose-built hangar at Aerospace Bristol. The hangar, constructed by Kier, had a wall removed to allow the aircraft to enter the building and, with less than a metre between each wing tip and the building, Concorde was slowly and carefully winched into her exhibition position.

British Airways’ Concorde Alpha Foxtrot – also known as 216 – was the last Concorde to be built and the last to fly.

She made her maiden flight on 20 April 1979 and touched down on her last flight to Filton on 26 November 2003. Since that landing, Alpha Foxtrot has stood alongside the Filton runway, cared for by Airbus UK. Now inside, she starts a new chapter as the centrepiece of the new Aerospace Bristol museum.

Iain Gray, Chairman of Aerospace Bristol, said: “We couldn’t be more delighted to welcome Concorde 216 into her new purpose-built home at Aerospace Bristol. With such enthusiasm for Concorde in this country, and particularly in Bristol where she was designed, built and landed for the final time, it is only fitting that this magnificent aircraft should have a permanent home at Filton. I would like to thank all of our donors for helping to make Aerospace Bristol a reality and look forward to welcoming our first visitors on board this summer.”

News
Analysis: Is Gatwick Express worth the premium?
23 Feb 2016 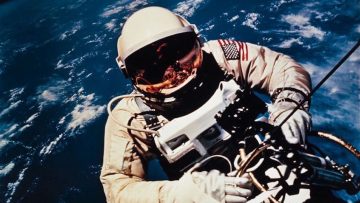