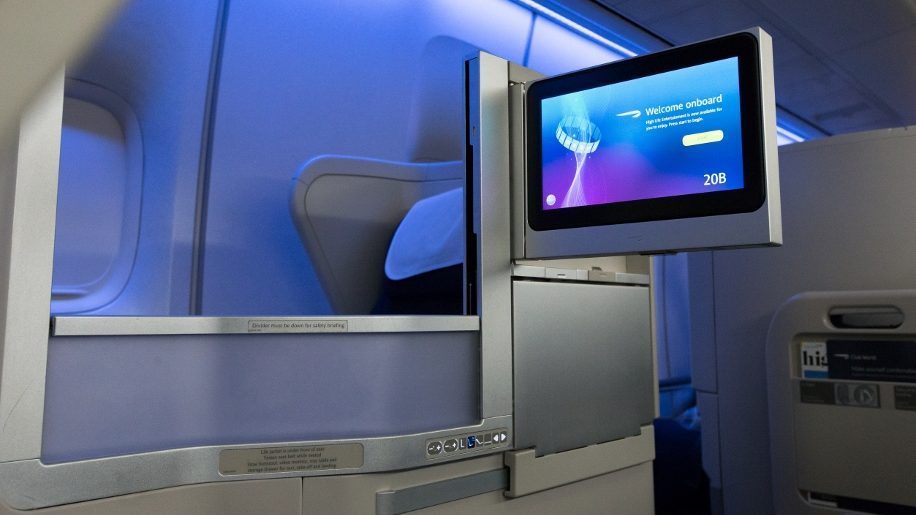 British Airways has completed its refit of all 18 of its older B747s.

The refit has been going on for  12 months, and the first refreshed B747 debuted last September on the New York JFK route in 2015

The refit sees the B747s having a refreshed interior and new inflight entertainment system as well as an increased Club World cabin (an extra 16 seats). Internally these B747s are referred to as “Super High-J” because of the increased number of “J” seats – business class seats.

The final refurbished B747 goes back into commercial service today (August 4) as BA117 on the Heathrow to JFK route.

“Our engineers have made these amazing aircraft look and feel like new, with enhanced comfort, cutting edge technology and cool, clean design.”

BA says that across all 18 aircraft the 11 month refit has involved:

New carpets, seat covers and mood lighting have been fitted throughout each aircraft to match the new colour pallete of the airline’s new A380 and B787s, including new seat foams and new style seat covers in World Traveller and World Traveller Plus to increase customer comfort.

The aircraft have also been fitted with Panasonic’s eX3 entertainment system, and World Traveller Plus now has a universal power socket at every seat, capable of accepting plugs from the UK, US and Europe. World Traveller customers also have their own personal USB socket to power phones and tablets.

British Airways has a fleet of 142 long-haul and 143 short-haul aircraft operating flights to almost 200 destinations around world.