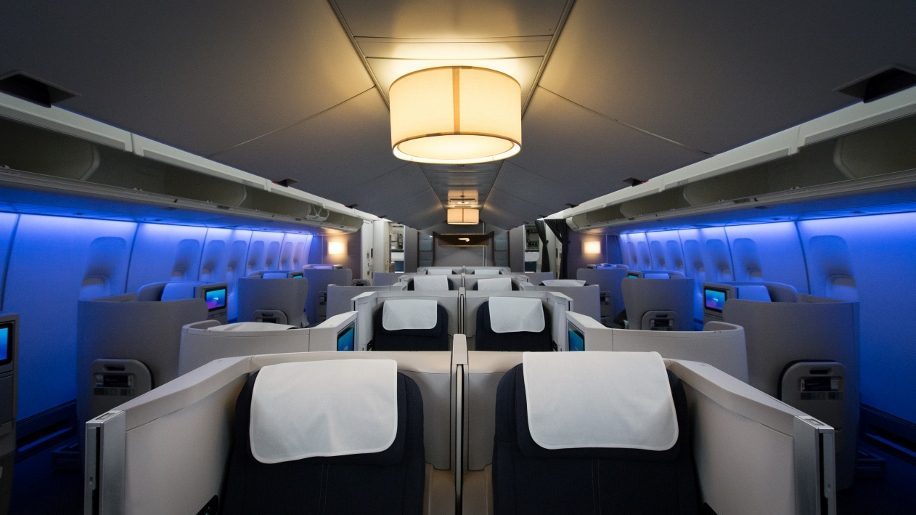 British Airways has operated its first refurbished B747 between London Heathrow and New York JFK.

The airline quietly rostered the upgraded aircraft, which is the first of 18 B747s to have a refreshed interior and a new in-flight entertainment system, on to the transatlantic route yesterday. Further routes will be added next summer, and all 18 B747s will be refitted by August 2016.

As part of the upgrade, BA has installed a Panasonic eX3 in-flight entertainment system that provides passengers with more than 130 films and 400 television shows.

The new IFE system will feature larger, high-resolution screens that are “capable of touch and swipe gestures, giving the system the familiar feel of using a tablet”. Elsewhere, every World Traveller Plus (premium economy) seat will have access to a universal power socket — capable of accepting plugs from the UK, US and Europe —and a personal USB socket.

New seat foams will be installed in World Traveller (economy) and World Traveller Plus, while new seat covers will also be fitted to match those on BA’s A380 and B787 aircraft.

The refit will also include a general cabin refresh, including replacing carpets and curtains throughout the plane, to bring the older B747s up-to-date with BA’s most recent aircraft. Kathryn Doyle, BA’s aircraft cabin interiors manager, said: “Our customers love our new aircraft, but the 747s hold a special place in their heart, so we’re delighted to have been able to revamp these aircraft.

“They’ll look and feel like new now, with enhanced comfort, technology and design.”