ANA to deploy B787-9 on flights to Delhi

All Nippon Airways will begin offering B787-9 service on its daily Tokyo Narita–Delhi route from October 30.

According to routesonline.com, the Dreamliner will replace the existing B767-300ER on the route during the upcoming winter travel season. ANA will initially deploy the 246-seater B787-9 for flights until December 1, before swapping it for a 215-seater version from December 2.

Both B787-9s feature three-class configurations – business, premium economy and economy – but the 246-seater offers significantly more seats in economy with less seats in the premium cabins.

Service times will remain unchanged. Flight NH827 departs Tokyo at 1715 and arrives in Delhi at 0015 the following day. The return flight, NH828, takes off from Delhi at 0125 and touches back down in Tokyo at 1245. 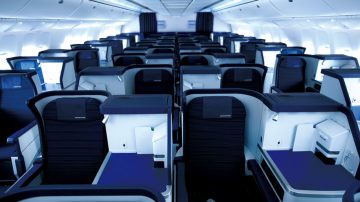 News
All Nippon Airways and US Airways to codeshare
6 Aug 2009
Loading...