Hainan Airlines will launch a twice-weekly non-stop service between Chengdu and Chicago beginning on September 16 this year.

The outbound flight is scheduled to depart from Chengdu Shuangliu International Airport (CTU) at 2100 every Monday and Friday, before arriving at Chicago O’Hare International Airport (ORD) at 2210 on the same day. The return leg will leave Chicago at 0010 on Tuesday and Saturday, and lands back in Chengdu at 0410 the following day.

The carrier’s booking website shows it will use a Boeing 787-8 Dreamliner on this route. As can be seen from its official seat map, the 213-seater aircraft has 36 seats in business class in a 2-2-2 configuration and 177 seats in economy class in a 3-3-3 layout.

Hainan Airlines has been flying non-stop between Chengdu and Los Angeles since March 2017, and non-stop from Chengdu to New York since October 2017. Flights were initially twice per week, before increasing to three times per week in May 2018.

On a separate note, Qantas has also recently unveiled its plans to launch direct flights from Brisbane to Chicago and San Francisco by the end of April 2020. 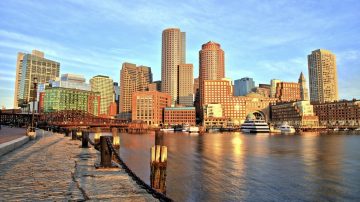