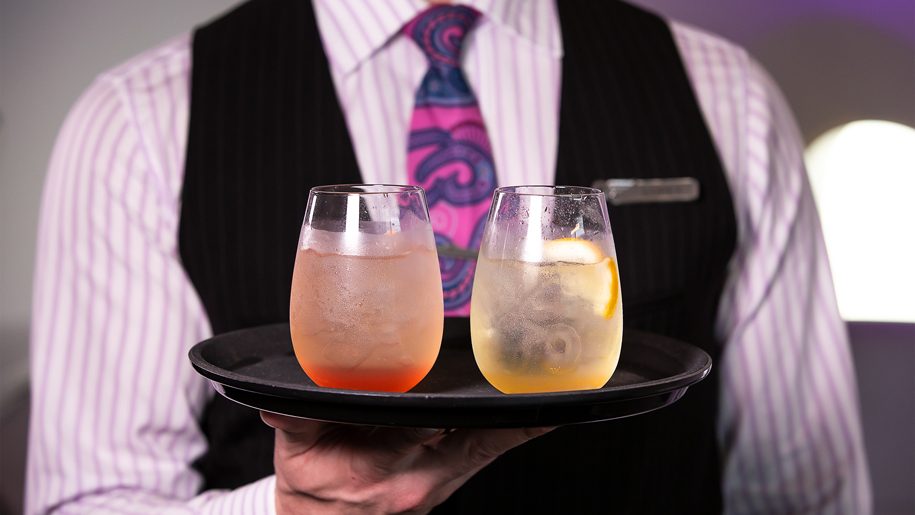 Indulging with a delicious drink is a travel ritual many business travellers enjoy, but 11 per cent of Air New Zealand customers have told the airline they don’t drink alcohol.

Around one in ten* also say they enjoy spirits but would never drink spirits in the air, as they want to avoid becoming dehydrated or feeling sluggish at their destination.

Passengers travelling in Air New Zealand’s Business Premier class on flights NZ7 (San Francisco–Auckland) and NZ8 (Auckland–San Francisco) can choose from two blended cocktails until July 31, including the Muriwai Mule with Asian Spice and the Tahi Rua Tonic with London Dry. The non-alcoholic spirits can also be served with soda and ice.

Di Miller, co-founder of Ecology & Co, said there’s been “tremendous” interest in the sugar-, carbohydrate- and alcohol-free spirits since their launch in October 2018.

“Unlike traditional gins which use alcohol to preserve taste, our spirits are made exclusively of distilled botanicals and spices which we hand blend to create our unique flavours. The result is a sophisticated, adult drink, without the hangover.”

Ecology & Co is a homegrown producer of distilled non-alcoholic spirits in New Zealand. According to its official website, the Asian Spice spirit is made with cardamom, black pepper, cassia, basil, cumin and lemon myrtle, while London Dry is made with juniper, coriander, lemon, liquorice root, angelica, cassia, basil, cumin, black pepper and orris.

Asked by Business Traveller Asia-Pacific whether the airline plans to offer these non-alcoholic cocktails on other routes, or in other fare classes, in the future, an Air New Zealand spokesperson said: “We’re excited to get customers’ feedback on the new drink options. If they hit the spot, we will look at where we serve them going forward.”

*Air New Zealand surveyed “over 4,000 passengers”, according to an airline spokesperson.