Eva Air may be among the most well-known airlines when it comes to cartoon-themed aircraft liveries sporting characters such as Hello Kitty, Gudetama and Bad Badtz-Maru, but fellow Taiwanese carrier China Airlines is not about to let Eva have all the fun, with the carrier debuting its new “Buddy Bears Liveried Aircraft” earlier this week.

As its name suggests, the livery design features three cartoon character bears – two from Taiwan (OhBear and Hero) and one from Japan (Kumamon). But the livery isn’t the only thing to feature the ursine characters, with on-board supplies such as boarding passes and pillows also sporting the designs. Meanwhile business class meals will include bear paw-shaped cakes, and economy class will offer paw-shaped dorayaki (red bean pancake).

The livery has been outfitted to one of China Airlines’ B737-800 aircraft and is being deployed on its Kaohsiung-Kumamoto route. A total of 158 seats are available on the flight – fewer than Eva Air’s A321 and A330 that feature its Gudetama and Bad Badtz-Maru characters respectively – and will operate three times weekly on Tuesday, Friday and Sunday.

The cartoony livery isn’t China Airlines’ only recent new livery design, however. In October last year, the carrier unveiled its new Syrmaticus Mikado livery to mark the delivery of its first A350 aircraft. 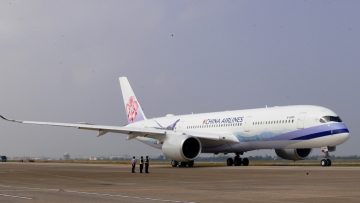 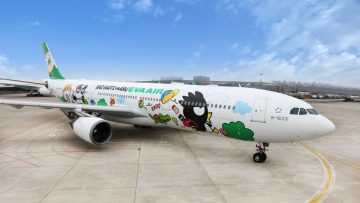 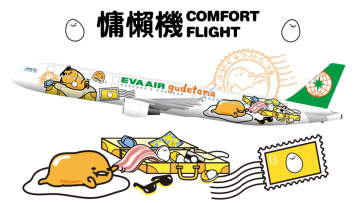