Air New Zealand’s Auckland-Houston service will be the first to see its new-configuration B787-9 Dreamliner, which have been set up to offer a greater number of premium seats at the cost of overall capacity.

The airline will be switching out the route’s existing B777-200ER with the new variation Dreamliner starting December 8 this year, a representative from the airline has confirmed with Business Traveller.

What this will mean for travellers on the Auckland-Houston route is extra Business Premier seats compared with the B777-200ER. This, however, comes at a price – seven fewer premium economy and 31 fewer economy class seats per flight. Overall capacity on the route per flight will decrease by 37 seats.

Air New Zealand has three of the reconfigured B787-9 Dreamliners on order, with the first due to be received this October.

There is also a good possibility these new Dreamliners will feature in-flight wifi – Air New Zealand announced back in October 2016 that it would begin rolling out wifi on its jet services towards the end of this year. A pricing structure for the on-board connectivity has yet to be released, though a business model is expected to be announced in the first half of 2017.

Air New Zealand will fly the new Dreamliner on its NZ028/NZ029 Auckland-Houston service year-round, with daily flights during peak season. 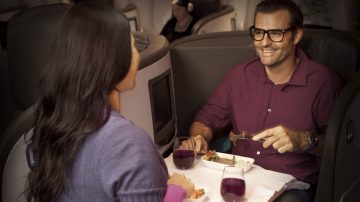