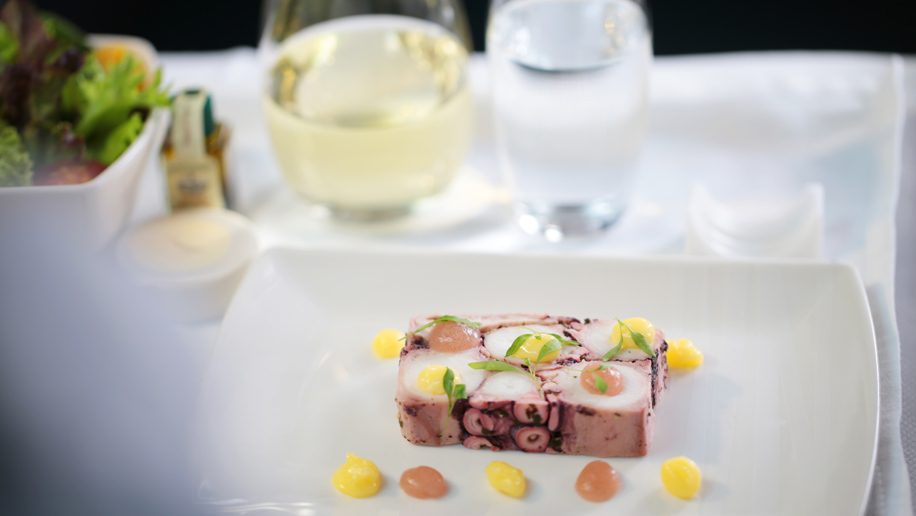 The partnership marks the second time Cathay Pacific and The Ritz-Carlton, Hong Kong’s Italian restaurant have collaborated on an in-flight menu, having previously partnered back in 2014. 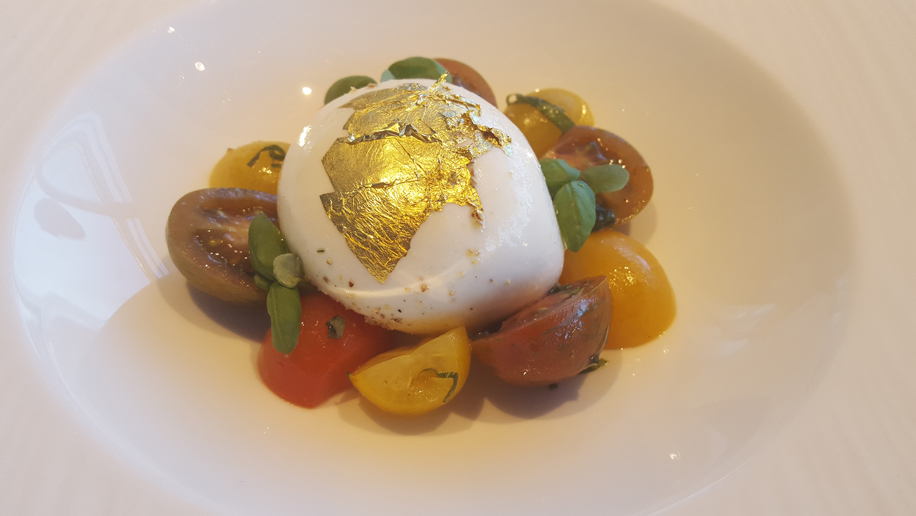 According to Tosca’s head chef Pino Lavarra, having already worked on an in-flight menu offering meant he was familiar with certain elements that would and would not work when re-created on board.

“When working with Cathay Pacific, I was particularly intrigued by the concept of creating intense flavour pairings that can offset the effect that flying at high altitude can have on the sensitivity of our taste buds,” said Lavarra. “Much thought has been put into adjusting the cooking process and recipes to replicate Tosca’s signature dishes as closely as possible, retaining the essence of Italian flavour, refined presentation and consistency of quality.”

Business Traveller Asia-Pacific had the chance to sample parts of the menu at a media event held at the restaurant itself. Standout dishes include the tomato soup with egg and truffle, the beetroot tortellini – its almost fuchsia-coloured filling is particularly intriguing – and the beef short rib, which was incredibly tender and is prepared using a five-hour traditional poaching technique. 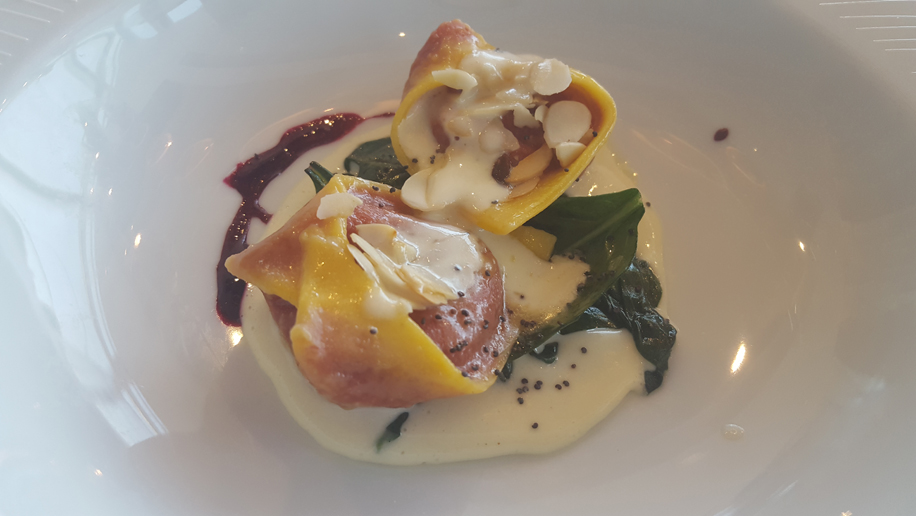 Full details of the menu are as follows:

The new menu will be available until April 30 on board select Cathay Pacific long-haul flights from Hong Kong to destinations in Australia and New Zealand, Canada, Europe, South Africa and the US. 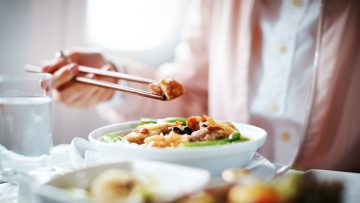 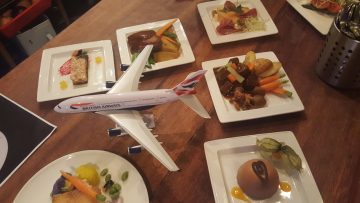 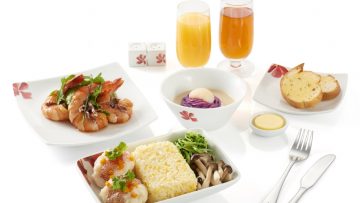