All Nippon Airways (ANA) is set to double the number of flights it operates between Tokyo Haneda and Jakarta from one to two flights daily. The frequency increase was announced as part of the airline’s summer schedule timetable, which also includes frequency changes on its Narita-Chengdu and Haneda-Hong Kong routes, and aircraft changes on its services to China, India, the Philippines, Germany, Thailand, Malaysia and Vietnam.

Starting August 1, passengers travelling between Tokyo and Jakarta will have three daily flight options operated by the airline – two from Haneda Airport and one from Tokyo Narita.

Along with Singapore and Bangkok, Jakarta will become the third ASEAN destination served twice daily by ANA from Haneda Airport. Flight NH871 will depart Haneda at 1130 and arrive in the Indonesian capital at 0505 the following day. The NH872 return leg will then depart an hour and 50 minutes later at 0655 before arriving back at Haneda at 1630. Flights NH871/872 will be operated by a Boeing 787-8 Dreamliner.

ANA’s existing Haneda-Jakarta service flies at opposite times of the day, departing Haneda in the morning and Jakarta in the evening.

Full details of the additional service are as follows (all times local):

In addition to the added frequency, the airline will also be expanding its fully flat seating in business class along with adding premium economy seats. All six of the airline’s current European destinations feature these seats, along with all ten of its North American destinations, Sydney and certain cities in Asia. ANA aims to introduce these seats on all flights on its Honolulu route – which is also set to be operated by an Airbus A380 starting spring 2019 – by September 2017. Meanwhile, by November the seats will be available on 11 flights across eight routes to destinations in Asia.

Following the winter 2016 reduction of its Narita-Chengdu service, ANA will now be increasing flight frequency from four weekly to daily starting March 26. On the same day, its Haneda-Hong Kong service will decrease from between ten and 14 flights per week to nine flights weekly (NH821 and NH822 will operate on Monday and Saturday during the 2017 summer schedule). 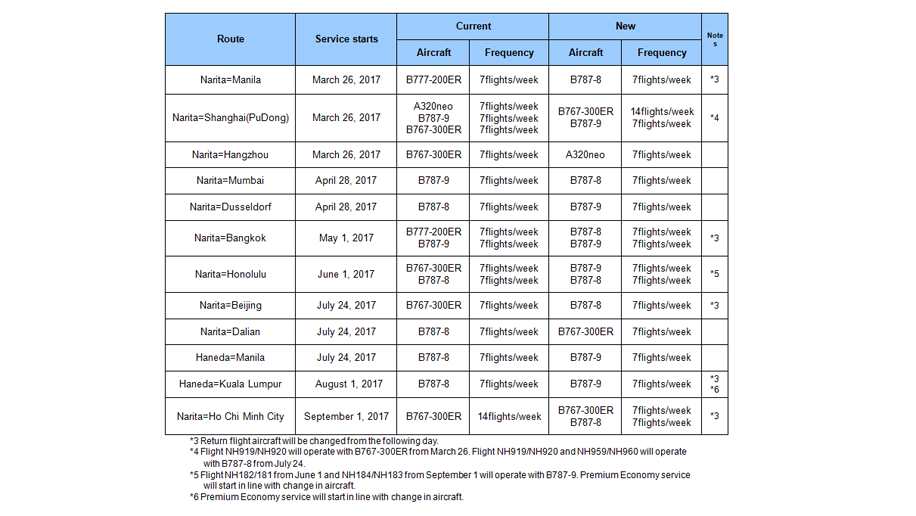 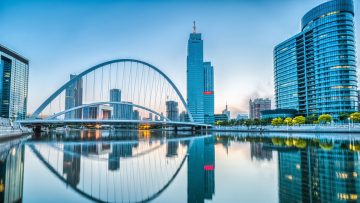