LOT Polish Airlines has announced that it will commence direct flights between Krakow and Chicago in July 2017.

The flight will be offered once a week, year-round, in addition to the airline’s daily Krakow-Chicago services which layover in Warsaw.

The route will be operated on one of the Star Alliance carrier’s two new B787 Dreamliners, expected to join the fleet mid-2017.

“Next year, after nearly seven years of absence, flights to Chicago will once again become a part of the Krakow Airport’s destination network,” said Radosław Włoszek, Chairman of the Management Board, Krakow Airport.

“According to our analyses, the interest in this connection is high and continues to rise. Over 90,000 passengers that fly between Krakow and Chicago each year via Warsaw, will be offered a direct flight next year. It’s great news for passengers from southern Poland, the Silesia region and Slovakia.”

In addition to existing routes between Warsaw, Chicago, Toronto and New York JFK, the Krakow-Chicago route will be LOT’s sixth North American route. It will follow new routes set to launch in April between Warsaw, Newark and Los Angeles. 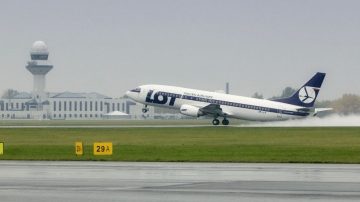