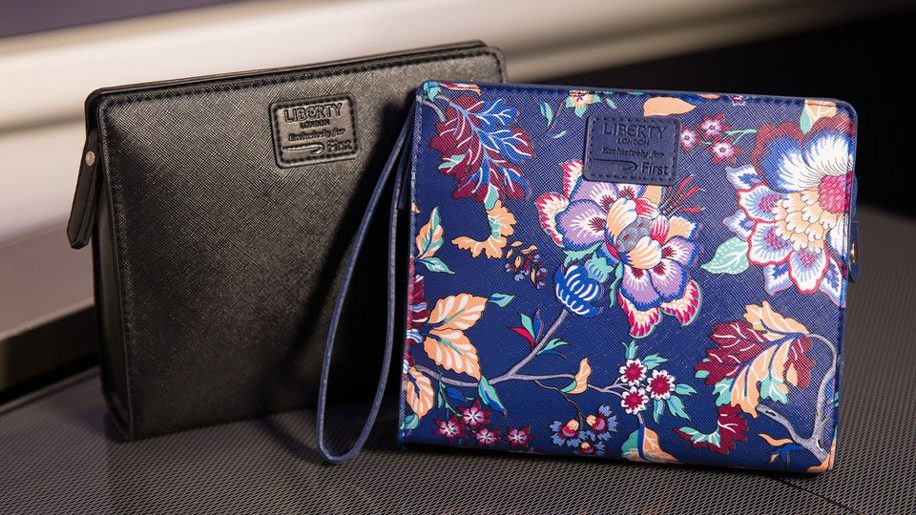 British Airways has unveiled new Liberty London washbags for its First passengers, which will begin appearing on board from January.

The washbags have been inspired by prints from Liberty London’s textiles archive, with the men’s bag featuring a black embossed textured exterior, and a ‘Felix Raison’ paisley motif printed lining, and the women’s bag featuring ‘Christelle’, an eye-catching oriental inspired floral print.

New versions will be added to the collection throughout next year, and both bags contain skincare and well-being products by Aromatherapy Associates.

The new First bags will initially appear on the carrier’s A380 service between Heathrow and Los Angeles from January 7, before being rolled out to the rest of the network.

“Liberty London is an iconic British brand so it’s fantastic to work in partnership with them to offer our customers flying in First the very best and most eye-catching washbags in the sky.

“We’re sure that the washbag’s contemporary design, featuring some of Liberty London’s most beautiful prints, will make them highly sought after and a collector’s item in their own right.

In the past BA has partnered with high end brands including Anya Hindmarch for its First washbags. 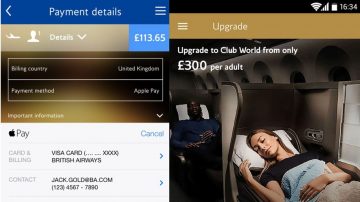 News
British Airways launches Buy on Board with Marks And Spencer
29 Sep 2016
Loading...