Air India will fly to Agra

State-owned Air India will fly thrice weekly to Agra from Delhi (via Varanasi), from October 1, on Monday, Wednesday and Saturday. The service will continue until May 2017; thenceforth, the airline hasn’t revealed its revised schedule yet.

Air India hasn’t announced a Khajuraho-Agra service. However, it will fly from Khajuraho to Varanasi from October 1.

Passengers who have flown from Agra to Khajuraho and wish to return to Agra may do so by first flying to Varanasi and hopping on to flight AI-406 to Agra.

Air India has an existing daily service between Varanasi and Delhi. 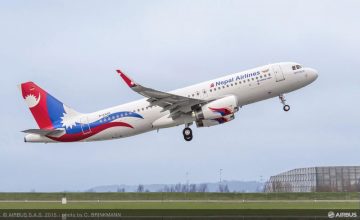