According to Macau Business Daily, Tigerair Taiwan’s parent company China Airlines (CAL) revealed that the LCC has suffered a loss of NT$1.2 billion (US$38 million) since first commencing flights in 2014.

CAL’s chairman Nuan-Hsuan Ho told the Taipei Times that the problems have arisen from the fact that despite the carrier holding a controlling 90 per cent stake in Tigerair Taiwan, its Singaporean partner has a veto vote in deciding matters, which has led to disagreements in management and operations.

While both partners are actively looking into ways in which they can save Tigerair Taiwan, the CAL chairman has stated that he will not exclude the possibility of shutting down the LCC, with a decision to be made at the end of the year. 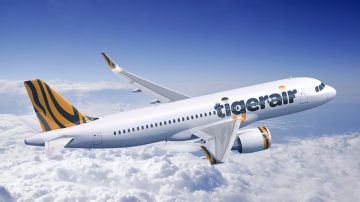