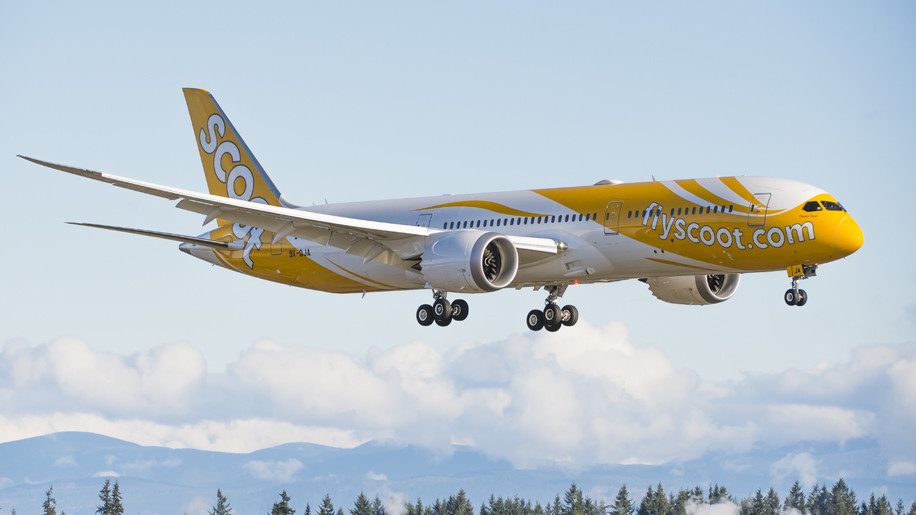 Singapore Airline’s budget carrier for medium- and long-haul flights, Scoot has reserved the 12th addition to its all-787 fleet, for service to India. The aircraft is named: Kamascootra.

Justifying the name, India chief for Scoot, Bharath Mahadevan says, “We wanted a name with an Indian connect — something that is quirky and funny. We considered naming the plane after superstar Rajnikanth’s name, like Thalaivar or something associated with Sachin Tendulkar, like his jersey number or birth date. Finally we opted for Kamascootra.”

Its 11 other aircraft have been given names such as Barry, Big Yella Fella, Bo-eng, Dream Start, Eight Treasures (from a Chinese translation), Goin’ Scootin’, Inspiring Spirit, Lickity-Split, Maju-lah, Scootalicious, and The Future Is Yellow.

Scoot describes itself as “an airline for the young, the young-at-heart and the value-seeking.”

Kamascootra will inaugurate the Singapore-Jaipur route that will launch on October 2, and will fly on Mondays and Tuesdays.

Mahadevan adds, ”The Singapore Airline Group will offer extremely affordable fares from Jaipur to Singapore, and other destinations like Melbourne, Sydney, Hong Kong and Bangkok. The fares will range from ₹4,699, which is by far the most affordable in the market for the economy class. The sale period is from September 1-11.”

Scoot started operations to India from May 2016, with flights to Chennai and Amritsar.