The Gulf carrier currently has a backlog of more than 340 aircraft on order from both Airbus and Boeing, but is poised to add to this number very soon, reports Bloomberg.

“Qatar Airways has a continuous plan of fleet expansion and fleet replacement in order to keep the average age of our fleet very young,” said Al Baker, who declined to elaborate on the type of aircraft that Qatar Airways would be ordering.

However, given the difficult relationship that the airline currently has with Airbus – owing to the aircraft manufacturer’s inability to keep up with scheduled deliveries of the A350, as well as the ongoing engine cooling issues of the A320neo – it seems likely that Qatar Airways may turn to Boeing instead.

According to Al Baker, Airbus has so far failed to deliver five A350s to Qatar Airways. This has in turn hurt the airline’s expansion plans.

“Our relationship [with Airbus] is very strained,” said the chief executive. ““What’s happening at Airbus with the deliveries is seriously affecting our growth.” 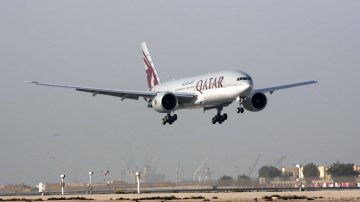