Emirates to deploy A380 on Guangzhou service

Emirates will deploy its flagship A380 on the Dubai–Guangzhou route from October 1, the 67th National Day of the People’s Republic of China.

Since launching the route in 2008, the Gulf carrier has operated a two-class B777-300ER on the daily flights to the Chinese city. The deployment of the superjumbo will see overall capacity increase by 15 per cent.

The A380 will feature a three-class configuration with 14 seats in first, 76 in business and 401 in economy.

Along with the extra seats, the superjumbo will bring with it superior cabin products. In particular, business class passengers will finally be able to enjoy a flatbed seat, as opposed to the angle-flat product on the B777-300ER. First class passengers will also be given access to the shower facilities onboard the A380.

Flight times will remain unchanged with EK362 departing Dubai at 1020 and arriving in Guangzhou at 2205. The return flight, EK363, will take off from Guangzhou at 0015 and touch back down in Dubai at 0350. 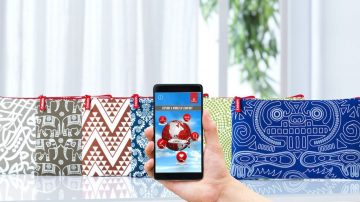