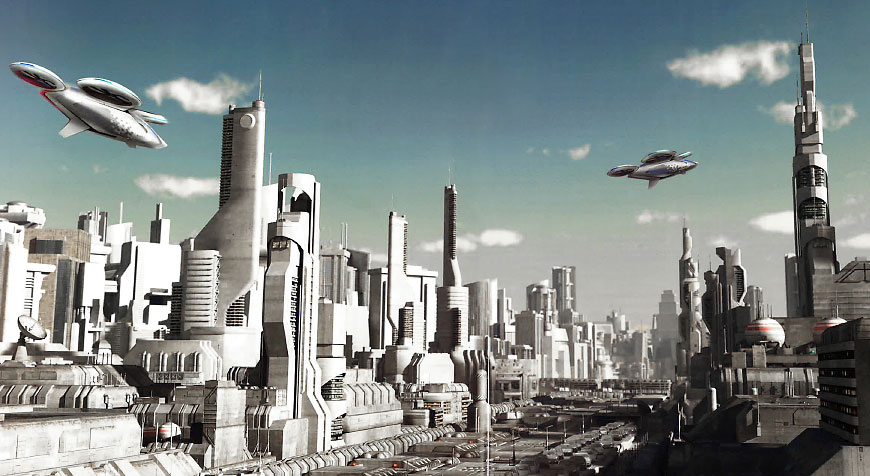 It’s estimated that by 2030, 60 per cent of the world’s population will live in cities, resulting in growing traffic problems, particularly in “megacities” – urban centres with over ten million inhabitants.

In the latest issue of the group’s Forum magazine, Airbus said it hopes to begin flight tests of the first vehicle prototype at the end of 2017, with entry to market “in as little as ten years”.

Rodin Lyasoff, project executive of A3 (the company’s innovation outpost located in Silicon Valley) said that “Many of the technologies needed, such as batteries, motors and avionics are most of the way there”, but admitted that works still needs to be done to develop reliable airborne “sense-and-avoid” technologies.

A design has been agreed on for the single person vehicle, with a team of developers and partners beginning to build and test vehicle subsystems.

Meanwhile Airbus Helicopters has been working on a design for a multi-person aerial vehicle, under the working title of CityAirbus, which would have multiple propellers and resemble a small drone in its basic design.

The vehicle would initially be operated by a pilot to allow for quick entry into the market, but would “switch over to full autonomous operations once regulations are in place”.

Customers would use an app to book seats, and flights “would cost nearly the equivalent of a normal taxi ride for each passenger, but would be faster, more environmentally sustainable and exciting”.

“I’m no big fan of Star Wars, but it’s not crazy to imagine that one day our big cities will have flying cars making their way along roads in the sky,” says Airbus Group CEO Tom Enders.

“In a not too distant future, we’ll use our smartphones to book a fully automated flying taxi that will land outside our front door – without any pilot.”

More details on Airbus’ plans can be read in “Future of urban mobility”. 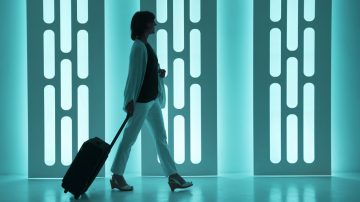