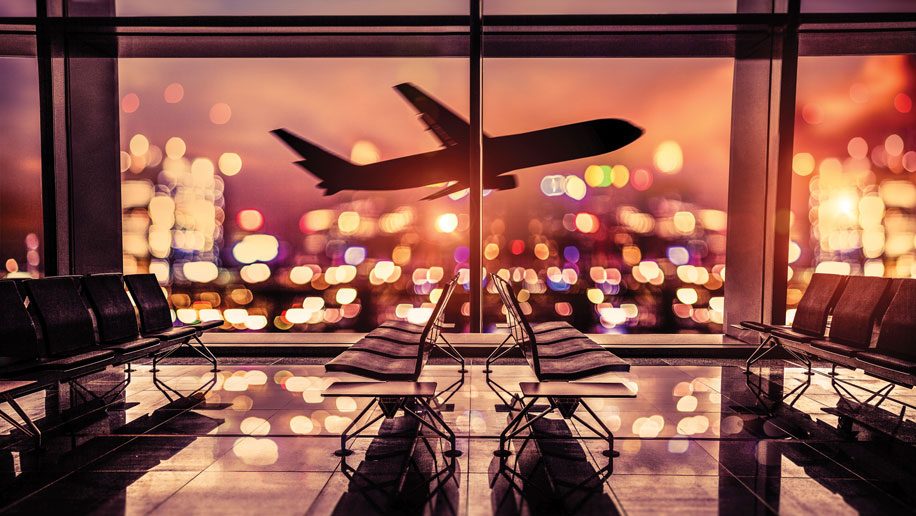 German low-cost carrier Air Berlin, 29 per cent owned by Etihad Airways, may be struggling in the tough European aviation market conditions at present – its passenger numbers were down 4% in May year-on-year – but its frequent flyer programme topbonus has received a welcome boost from a new survey: it is among the best airlines in the world for providing future seat availability on reward points for loyal travellers.

According to research carried out by US travel marketing consultancy IdeaWorks, Air Berlin was able in early spring this year to meet 100% of requests for return seat reward tickets during the busy summer and autumn months, from June to October. It shared this top accolade with US low-cost carrier Southwest Airlines, although British Airways – the sole UK carrier included in the international survey – only managed to fulfill three-quarters of the reward seat requests made by the researchers for the designated months.

BA’s ability to provide reward flights, however, was broadly in line with the average for the 25 airline frequent flyer schemes covered in the survey – it was placed midway in thirteenth position. Worst performer was Latin America’s LAN Airlines, now in the process of being rebranded as LATAM Airlines following its merger with TAM, with a 45% seat fulfillment rate.

Moreover, the consultants point out that overall reward availability in the annual survey had improved for the third year in a row: 76.6% of the availability queries its researchers made this year yielded reward seats, compared with 72.4% in 2014 and 74% last year. 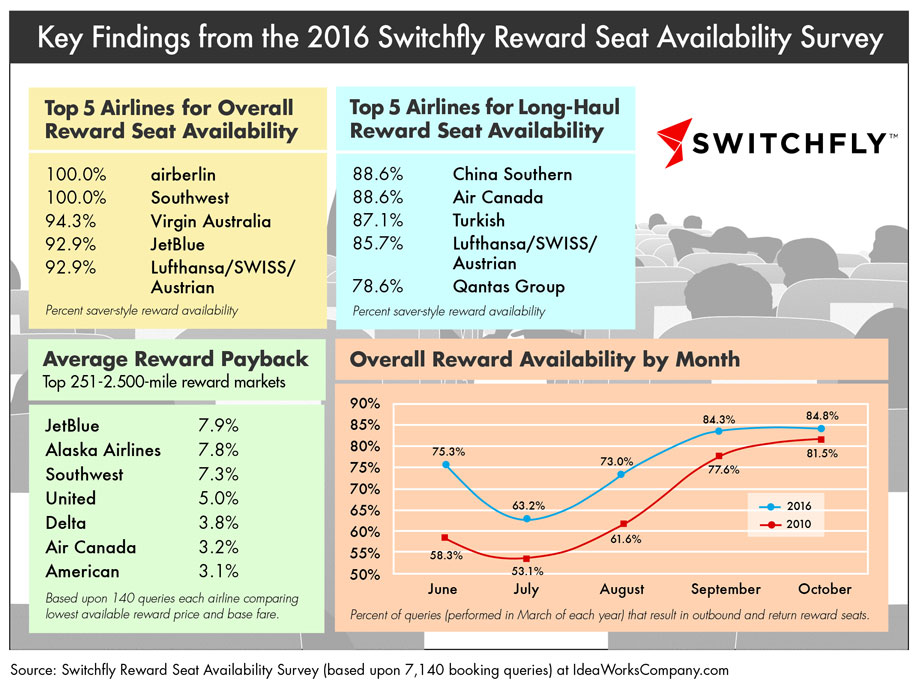 Yet not everyone is happy with the way the airlines handle their frequent flyer reward flights, particularly in the US where the Department of Transportation (DOT) estimates that US airlines account for some 300m reward schemes memberships out of a global total of 630m.

Two years ago Florida Congressman Alan Grayson asked the DOT to ‘audit’ such schemes, arguing that “frequent flyer programmes are prone to manipulation by the airlines that control them”. He cited such practices as changes being made with little to no notice, devaluation of rewards and benefits over time, along with restrictions on the availability of reward seats.

Last month (June) the DOT finally published its findings, describing the system of allocating reward seats as “complex” and “unclear” but not necessarily “potentially unfair or deceptive”.

It added: “Air carriers have great latitude with their programmes because the terms and conditions state that frequent flyer miles are the property of the airlines, not the consumer.

“They reserve the right to change their frequent flyer rules, regulations, and travel awards and benefits at any time with or without notice.”

As a result, the DOT said it was “considering developing a rule requiring air carriers to provide reasonable notice of changes to their frequent flyer programmes” although adding that DOT officials “have not determined if and when the rule will be required”. So don’t hold your breath on that one.

But there was a twist in the tail revealed in the small print of the DOT’s report: the auditors, from the Office of Inspector General, had recommended a new rule be implemented that the DOT “requires air carriers to be more transparent about the availability of frequent flyer reward redemptions.”

But in a memo from the Assistant Inspector General for Aviation Audits it was revealed that “the DOT stated that it is not confident that the airlines’ complex processes for determining award-seat availability could be effectively summarised for consumers”.

The auditors suggested that, absent a firm requirement, “we encourage airlines to provide consumers with more transparency on frequent flyer seats available when feasible.”

Again, don’t hold your breath – Delta Air Lines, for example, stopped publishing its reward point redemption charts last year, making it more difficult for calculating the best use of points, although most other carriers still provide such data online.

The issue of reward seat availability comes at a time of upheaval for airline frequent flyer schemes, which were initiated some 35 years ago by American Airlines. Coincidently, from next month (August) it is making the biggest change to its AAdvantage scheme since Ronald Reagan entered the White House in 1981: flyers will no longer earn rewards based on the distance flown but on how much is spent by the traveller on their tickets.

Rival carriers Delta and United Airlines have already pivoted in this direction over the past year, as has British Airways to a lesser extent. The aim is to further encourage the higher-spending ‘elite’ business travellers, who can be persuaded to upgrade their travel options in-flight as new cabin improvements come on stream.

And Delta is also wooing these top travellers on the ground: it is now allowing flyers to pay for premium drinks in some of its Sky Club airport lounges with reward points. While the cost of beers and spirits ranges from 600 to 800 SkyMiles, a bottle of Dom Perignon champagne would set the elite traveller back some 25,000 points. Loyalty has its price, it seems.