The 173-room property, which opened last year on East 40th Street between Park and Lexington Avenue, two blocks from Grand Central station, is the first New York member for the Curio brand, which is a collection of “hand-picked” four- and five-star hotels.

It is a renovation of the Bedford, which was originally built as a long-stay property in the 1920s, counting John Steinbeck and F Scott Fitzgerald among its former residents.

It has taken this literary and artistic heritage as inspiration for the interiors – rooms are equipped with “artist-inspired” desks with writing paper and ink, works by local artists and easel-inspired” TV stands. The 33 studios and suites feature books by the authors who stayed here. Wifi is free and some rooms and suites have balconies.

Hilton opened a Curio property in Chicago earlier this year. 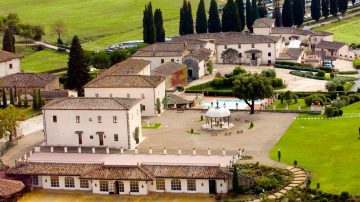 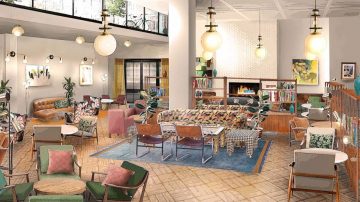