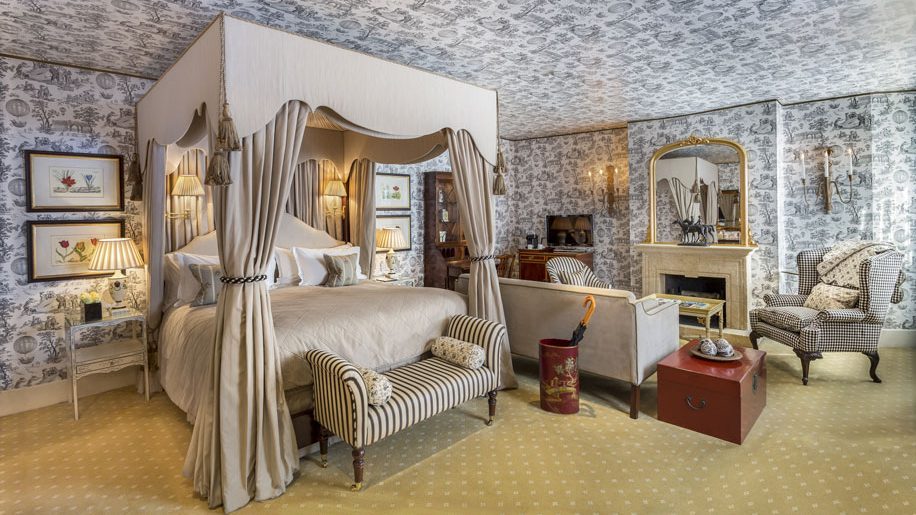 The historic Stafford hotel, which was formerly a Kempinski, will be revamping its Carriage House suites by next spring.

Located just of St James’s, in Mayfair, the Stafford has appointed New York-based company Champalimaud Design to transform its 13 Carriage House suites over the next few months.

The design firm intends to create “an eclectic take on the hotel’s British heritage with designs that offer a contemporary twist on traditional English furnishings”.

For many, it will be reassuring to know that the property’s Grade II Listed annex won’t be stripped out and overly modernised. The changes promises “understated opulence”.

The suites once housed horses belonging to Lord Francis Godolphin, and even today have twin-section stable doors, although these will be replaced with versions that are better soundproofed as the rooms open on to a courtyard bar where people eat and drink in Blue Ball Yard.

The existing two-level, one-bedroom Govenor’s suite, at the far end, will be turned into a two-room townhouse “with all the amenities of home”. In totql it will measure 151 sqm. The other rooms are on either the ground or first floor level, which is accessed by a metal walkway.

Alexandra Champalimaud says: “The Stafford is the epitome of traditional British luxury steeped in history and character, and we wanted our designs to embody that. Guests return to the property time and time again because they think of the hotel as their own private residence in the heart of London, so we are trying to keep that residential feel and embody the hotel’s history.”

General manager Stuart Procter says: “This is a landmark renovation project for the Stafford and we are excited to be working with Champalimaud to upgrade the look and feel of our historic carriage house accommodation.

“The designs that Alexandra and her team have proposed, are a timeless mix of modern British quirkiness and classic English style augmented with a colourful twist, as befits our hotel.”

The five-star Stafford hotel has 105 rooms in total, across the Carriage House, Main House and more modern Mews building adjacent. The Stafford originally opened in 1912 it what was once the private residence of Lord and Lady Lyttelton. It’s management contract with Kempinski ended in 2014. 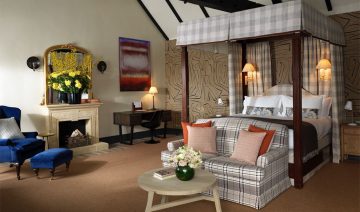