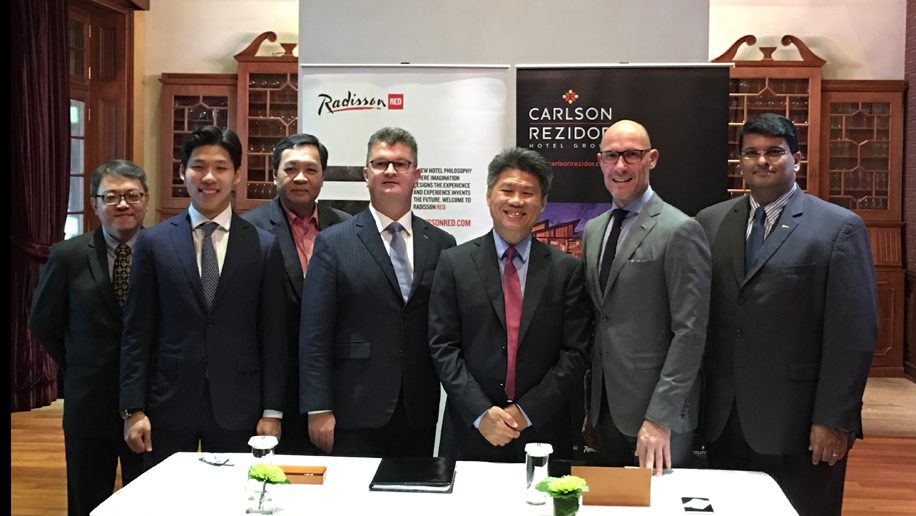 Carlson Rezidor Hotel Group announced yesterday that its Radisson Red brand will be making its Malaysia debut with the upcoming Radisson Red Kuala Lumpur City Center. The signing of the property was announced at the Hotel Investment Conference Asia Pacific (HICAP), though an expected opening date has not yet been confirmed.

Located about 800 metres from the Petronas Twin Towers and close to shopping complexes and commercial offices, the new hotel will feature 166 rooms across 27 floors. Facilities will include F&B outlet Ouibar, meeting and events spaces with views of the twin towers, as well as a rooftop swimming pool and gym.

Aimed at millennial travellers, Radisson Red is Carlson Rezidor’s upscale lifestyle brand with an emphasis on design, art, music and fashion. The new hotel will be situated in Kuala Lumpur’s “Golden Triangle”, a still relatively under-developed area in the heart of the city.

“We are delighted to welcome our new partner in Malaysia, where we will develop a property at the heart of the regional powerhouse of Kuala Lumpur,” said Thorsten Kirschke, president, Asia Pacific for Carlson Rezidor. “This deal will grow our presence at the centre of the country’s exciting economic growth story and is one of its top tourist destinations. Malaysia is increasingly becoming a key market for us in Asia Pacific.”

The new Radisson Red in Kuala Lumpur follows the opening of Carlson Rezidor’s first Radisson Red property earlier this year in Brussels, as well as recent announcements by the hotel group of expansion plans in China, Australasia and India.