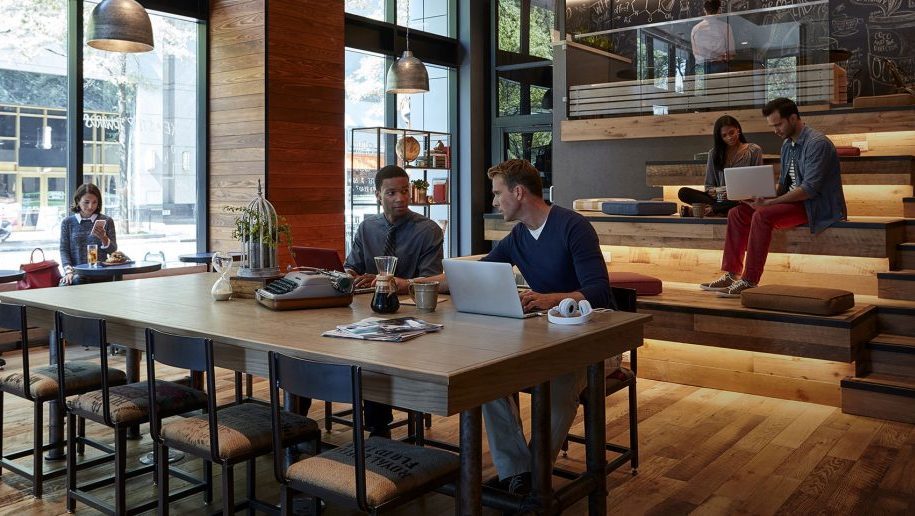 Marriott International has launched what it says is the world’s first “live beta” hotel, designed to trial new initiatives and get customer feedback in real time.

The M Beta at Charlotte Marriott City Centre has transformed the group’s existing Marriott property into an “innovation lab”, where “every corner of the hotel allows for rapid prototyping, inviting guests to test and give feedback in real-time, ultimately shaping their future hotel experience”.

Guests are able to engage with the innovations via physical “Beta Buttons”, where they can share their approval (or presumably otherwise). Votes and feedback will then be aggregated and “brought to life in real-time via Beta Boards, digital screens placed throughout the hotel for all to see”, as well as being posted at travelbrilliantly.com.

Hosted arrival – doing away with the traditional front desk check-in, in favour of personal greeters located “at the curb, in the lobby, on the go”.

Flex Fitness – Around 1,000 on-demand group and personal workouts available on screens in the hotel’s fitness centre and in guest rooms

LG Studio in the Dynamic Meeting Space – a full LG kitchen located within the hotel’s meeting space, “providing an elevated food and beverage experience that can be tailored to any type of gathering, from a brainstorm to a networking event

Immersive Kitchen at Stoke Restaurant – the walls have been removed between the kitchen and dining area, “allowing chefs to interact more closely with and entertain guests with impromptu culinary offerings”

Localised Marketplace – the hotel’s Coco and the Director café is being promoted as “a community centre and the true social hub of the hotel, which allows travellers to enjoy locally sourced coffee, unique retail and limited-edition food selections from Charlotte small business”

Earlier this year Marriott launched is M Live Europe studio, designed to “interact with guests in a more personalised way” and “participate in one-to-one conversations on social platforms where travellers are already actively engaged”.