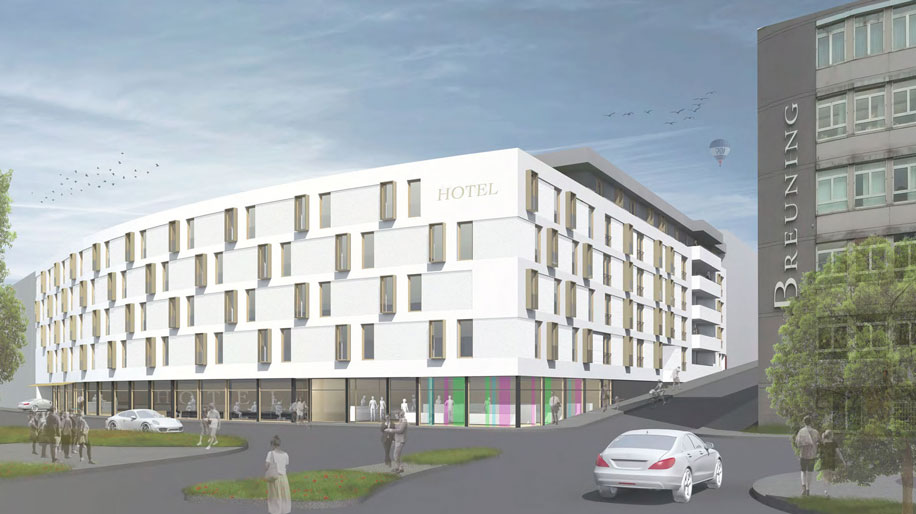 The hotels will be located across the country’s Bavaria, Baden-Wuerttemberg and North Rhine-Westphalia regions, and will open between 2017 and 2019.

The city of Mannheim in the Baden-Wurttemberg region will welcome two IHG properties – the Holiday Inn Mannheim City – Hauptbahnhof located next to the city’s rail station, and the Holiday Inn Express Mannheim located in the city centre.

Finally the 140-room Holiday Inn Express Pforzheim (exterior rendering pictured above) will open in late 2019, situated between the cities of Karlsruhe and Stuttgart.

IHG currently operates 64 hotels across Germany, with a further 33 in the pipeline (32 of which will be branded under the Holiday Inn family).

The group signed 24 hotels in the first half of this year, its best signings performance since 2008.

“The German hotel market is accelerating at pace and we are well positioned to take advantage of the appetite for branded growth. 57 per cent of the market is unbranded, so there is a lot of opportunity for IHG to add value with our international brands.

“Several of our signings in the last few months have been with long-standing partners of IHG, who have signed multiple development agreements with the company. It’s a great start as we head into this quarter.” 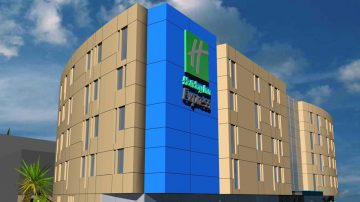