Intercontinental Hotels Group boss on why size matters against OTAs 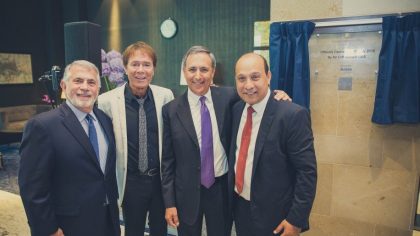 The recent mergers of hotel companies have cast a harsh light on Intercontinental Hotels Group (IHG). Accor buying the Fairmont, Swissotel and Raffles group and Marriott merging with Starwood has left some observers wondering whether IHG is being left behind.

It’s not a view that chief executive Richard Solomons agrees with. Speaking with the media last week, and not for the first time, he said that he didn’t believe in “growth for growth’s sake” and also pointed out that the acquisition of the Kimpton portfolio showed that if it was right for the group, then IHG was prepared to move.

Nevertheless, Solomons is clear about the importance of size in the market.

“The majority of owners want to be with the big brands. We deliver more revenues, we deliver them cheaper, it’s easier to get financing.”

Solomons described this as the sort of “dynamics of big brand families” that are exacerbating the “high barriers to entry [to the industry]”.

For IHG that’s a good thing, and creates a “differentiation”, he said.

“It’s one of the reason Kimpton made sense as part of our group and why the owners wanted to sell, because the owners of Kimpton also own a lot of real estate, and they are still big owners. They were saying: ‘It’s not just about the real estate, it’s how we sustain the value of that real estate.’ They wanted Kimpton to be a great brand and it is – it is still based in San Francisco and it’s still run by the same people, but it has to be part of a big family to really succeed.”

As discussed previously on businesstraveller.com –

Analysis: Hotels bite back in battle with Online Travel Agencies

Analysis: Why the hotel mergers have only just begun

– it’s not so much a battle for size between the hotel companies, however, but one in which they are fighting for status with the online travel agents (OTAs) such as Expedia and booking.com.

“If you look at the hotel industry today, there’s a polarisation between the big brands – the scale players and the rest,” Solomons said. “And one of the things that’s driving that polarisation is loyal customers captured through loyalty schemes. So the dynamics between players is different between the global brands and weaker brands and this issue of expensive intermediaries is a much bigger thing for [the local players]. Scale allows us to have a big loyalty scheme and to be able to manage our distribution channels effectively, and that’s a big driver for guests and a big driver for owners as well”.

He refuses to see the landscape in “battle terms”, however, or even see the OTAs as a threat.

“The hotel business and the travel business have always had intermediaries. It’s the nature of the route to market, so there’s nothing new in that,” he said.

“The online travel agents are very effective at picking up price-sensitive leisure travellers. Those are people who don’t really care about brands, they’re not even that specific about where they stay, they just want a rate, and the OTAs are good at attracting those customers who aren’t loyal to the hotel brand, they aren’t even loyal to the intermediary.”

Solomons admitted that IHG was “never going to be effective in capturing them – they are too expensive to market to and they don’t really care about the things we offer”.

Instead, he wants to concentrate on “customers who are brand loyal or who could be brand loyal, who are interested in value as opposed to cost, interested in points and free wifi – [they] are the ones we want to capture”. 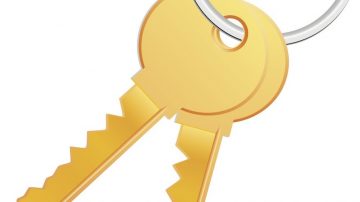