Bookings from the USA and China have increased in the week after the Brexit vote, according to Figures released from Best Western Great Britain. The hotel group said that one hotel in Edinburgh reported a ten-fold increase in bookings from America and Chinese bookings up nearly 50% compared with the same week last year.

Rob Payne, chief executive of Best Western Great Britain said: “We know it is early days but we are seeing a double bounce to business as a result of Brexit. We’ve seen an increase in international bookings to some of our hotels in great British locations and we’re exploring this further to see how widespread these numbers are. Interestingly, we are also seeing an increase in enquiries from hotel owners wanting to join the Best Western brand since the referendum.”

Payne added: “Owners and managers are telling us that they are worried about what the impact of Brexit will mean longer term which makes our membership model, global reach and economies of scale reassuring and attractive in these uncertain times.”

Best Western Great Britain represents over 260 properties across the country. 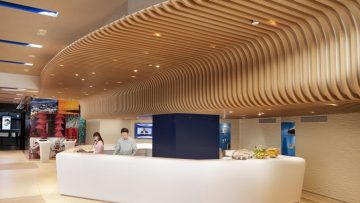